Ahead of the operation, the defence ministry said hundreds of soldiers have been sent from Kabul to Kandahar and put the total number of Afghan forces on the ground at several thousand. 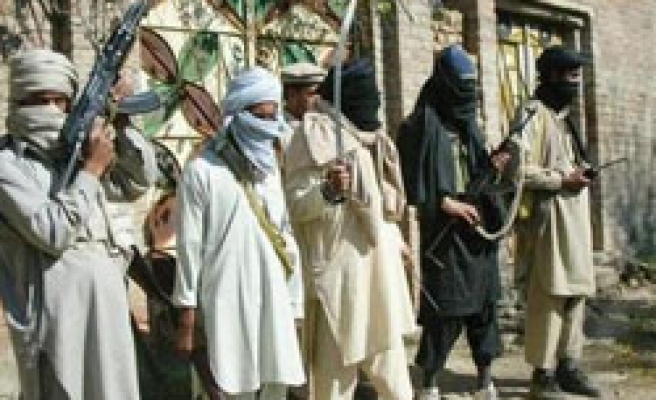 Hundreds of families fled their homes in southern Afghanistan on Tuesday as foreign and Afghan forces prepare to attack Taliban insurgents who have seized several villages, officials and witnesses said.

About 600 Taliban insurgents took over several villages in Arghandab district in the south on Monday, days after they had freed hundreds of prisoners, including about 400 insurgents, after an attack on the main jail in Kandahar city.

"There are hundreds of them (Taliban) with sophisticated weapons. They have blown up several bridges and are planting mines everywhere," Mohammad Usman, a taxi driver who evacuated a family on Tuesday from the district, told reporters in Kandahar, the main city in the south.

"After occupying Arghandab, the Taliban's next target will be Kandahar. But, we will not attack Kandahar with rockets and heavy mortars. We will hit specific targets in the city," Yousuf told the Pakistan-based Afghan Islamic Press.

The Taliban emerged from religious schools on the Pakistani border in Kandahar in the early 1990s and began their takeover of the country from the province, where they still enjoy support.

Ahead of the operation, the defence ministry said hundreds of soldiers have been sent from Kabul to Kandahar and put the total number of Afghan forces on the ground at several thousand.

Afghan forces will spearhead the operation, which would be backed by ground and air support from NATO-led troops, it added, without giving further details.

Ahmad Wali Karzai, the head of Kandahar's provincial council and a brother of President Hamid Karzai, said about 600 Taliban had positioned themselves in Arghandab district, which lies 20 km (12 miles) to the north of Kandahar city, one of Afghanistan's largest cities.

NATO and Afghan forces have deployed troops to seal off the area, which has an estimated population of 150,000.

Haji Agha Lalai, a member of Kandahar's provincial council, said 300 families had left and more were leaving their homes.

Witnesses said Afghan troops were stationed in many parts of Kandahar city, the birthplace of the Taliban who U.S.-led troops drove from power in 2001.

Since making a comeback in 2006, the Taliban have briefly taken some district headquarters and villages in the south and east.

Ahmadi said the Taliban were in full control of Arghandab district.

The insurgents had taken control of eight villages in Arghandab, the defence ministry said in Kabul.

The flareup comes despite the presence of more than 60,000 foreign forces under the command of the U.S. military and NATO, as well as about 150,000 Afghan forces.

Britain's Defence Secretary Des Browne told parliament on Monday the government would increase its force in Afghanistan by 230, taking the total number of British troops there to more than 8,000.