More than 60 people have been killed in a fourth day of heavy fighting between Ethiopian troops and Islamist militia in Somalia's capital of Mogadishu. 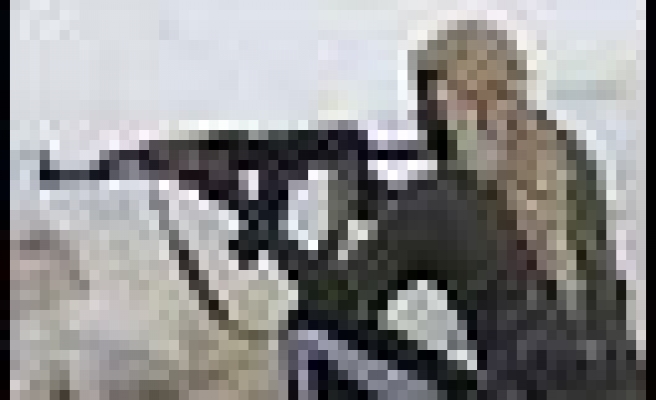 Doctors said they had been overrun with casualties and there were reports of bodies strewn across streets.

More than 130 people were killed and 200 injured in the first three days of fighting, a local rights group said.

Ethiopian forces have been in Mogadishu since December after helping Somalia's transitional government oust Islamists.

The UN says more than 320,000 people have fled fighting in the capital since February.

One confirmed attack on Saturday was on the al-Barakah market.

A number of people were killed when mortar rounds landed. Local reports spoke of bodies mutilated beyond recognition.

The BBC's Mohammed Moalimu in Mogadishu says some of the injured have been placed under trees in front of medical facilities.

"I call on the both sides to stop the fighting and shelling without any condition," chairman Sudan Ali Ahmed said to Associated Press news agency.

One resident, Ali Haji, said: "Ethiopians are trying to kill me because I am Somali, and insurgents are not happy because I am not picking up a gun and fighting with them. I have lost all hope."

The UN is warning of a humanitarian disaster. Most of those who have fled lack food and water and hundreds have already died from cholera and diarrhoea, UN humanitarian co-ordinator Eric Laroche said.

Violence has intensified since then, after the relative calm when the UIC ran the city.

The insurgents are believed to be a mixture of Islamist fighters and militiamen from the Hawiye clan - the largest in Mogadishu.

US Ambassador to Kenya and Somalia Michael Ranneberger said the ongoing violence was part of an attempt by these groups to create an insurgency, but that it was not yet a structured movement.

"At this point it's opportunistic violence," Mr Ranneberger told AP news agency. "They're not organised like an insurgency."

Ethiopian troops have started to withdraw, to be replaced by an African Union peacekeeping force, but only 1,200 of the 8,000 troops the AU says it needs have been deployed.