Muslim leaders in Scotland say dozens of complaints are made to them each month, mostly from people who have flown into Glasgow from Pakistan, India and the Middle East and been randomly pulled into a room and quizzed. 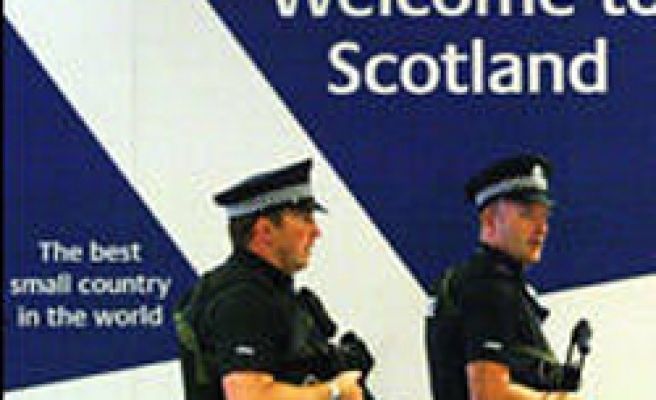 The report quoted community leaders as saying "the powers are being over-used by police at airports and railway stations, with people routinely detained for up to two hours and interrogated on their religious beliefs, prayer habits, knowledge of the Koran, political affiliations, hobbies, and their views of the Iraq war."

In some cases, "suspects" are later visited at home and questioned about internet sites they have viewed, fuelling fears that they are under surveillance.

The British transport police (BTP) have also been accused of heavy-handedness at main stations such as Edinburgh Waverley and Glasgow Central.

The issue will be raised at a private meeting at the central mosque in Glasgow attended by MacAskill and senior police officers.

Since 2005, the number of ethnic minority individuals searched by Strathclyde police, Scotland's largest force, has risen by nearly 200%, from 1,108 to 3,120.

Muslim leaders in Scotland say dozens of complaints are made to them each month, mostly from people who have flown into Glasgow from Pakistan, India and the Middle East and been randomly pulled into a room and quizzed.

Others, despite being British nationals, say they must endure lengthy delays while awaiting security "clearance" from the police.

Last month, Abu-Zar Aziz, 30, from Glasgow, was detained on his return from an annual trip to visit relatives in India.He was interrogated for more than an hour, his luggage emptied and photocopies made of his passport, driver's licence and credit and debit cards.

"They pulled me out of a queue, made me look like a criminal and more or less profiled me because I'm Muslim and young" he said. "I know are doing their job but the way they're doing it is all wrong. All they're doing is antagonising people."

Sabir Ali, 43, a travel agent based in the southside of Glasgow, said: "People are scared to travel. We are getting a lot of complaints from people stopped for questioning."
Last Mod: 21 Temmuz 2008, 08:53
Add Comment