Second US carrier placed in Gulf

A second US military aircraft carrier has been placed in the Gulf as a "reminder" of the country's power in the region. 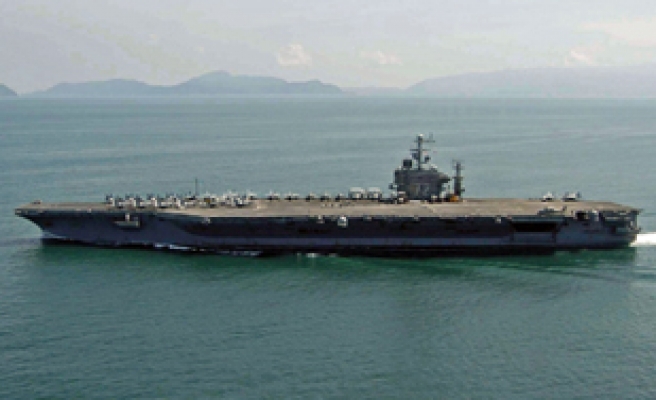 Robert Gates, the US secretary of state, made the comments on a trip to Mexico City on Tuesday, but added that the addition was temporary.

He said that the move was not an escalation of US forces in the region or a precursor to military action against Iran.

"This deployment has been planned for a long time," he said.

"I don't think we'll have two carriers there for a protracted period of time. So I don't see it as an escalation.

"I think it could be seen, though, as a reminder."

He gave no further detail of the operation.

Also, Morrell, a Pentagon spokesman, said that the USS Abraham Lincoln arrived in the Gulf on Tuesday to replace the USS Harry Truman, on current duty, which is due to leave the area in a few days.

When asked here whether the Pentagon was preparing for military strikes against Iran, Gates said: "No."

The US and Iran have been at odds over Iran's supposed nuclear arms programme. Tehran says it is attempting to create nuclear energy, rather than weapons.

The US has also accused Iran of providing Shia fighters in Iraq with training and arms to be used against US-led forces.

Tensions have also risen at sea in the Gulf region with confrontations between US ships and small boats, some labelled Iranian crafts by the US.

A cargo ship hired by the US military fired warning shots at two unidentified ships last week as they approached the US vessel.

The US said that the two ships had not taken heed of radio communications or a warning flare.