Secret US military plan for Pakistan on hold: Report 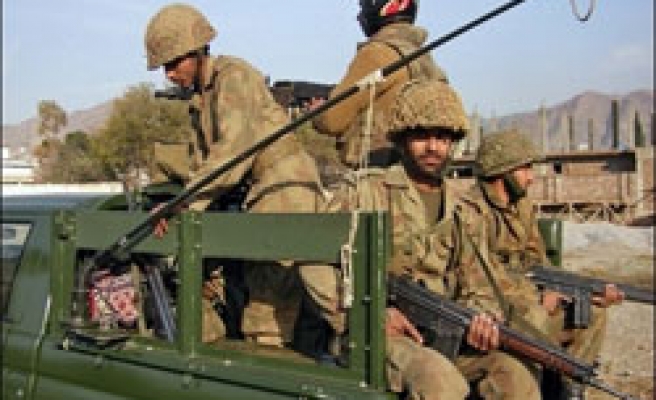 Top Bush administration officials drafted a secret plan late last year for U.S. Special Operations forces to attack inside Pakistan's tribal areas, but Washington turf battles and the diversion of resources to Iraq have held up the effort, the New York Times reported on Monday.

The Times quoted a senior Defense Department official as saying there was "mounting frustration" in the Pentagon at the continued delay in deployment of special operations teams into Pakistan's western tribal regions.

The Times report, based on more than four dozen interviews in Washington and Pakistan, said allegedly "al Qaeda's new safe haven in Pakistan was in part due to the administration's accommodation to Pakistan's President Pervez Musharraf, whose advisers have long played down the terrorist threat."

It was also a story, the report concluded, of infighting between U.S. intelligence agencies and a shifting in White House priorities from counter-terrorism efforts in Afghanistan and Pakistan to the war in Iraq.

Infighting within the CIA included battles between field officers in Kabul and Islamabad and the counter-terrorism center at CIA headquarters in Virginia whose preference for carrying out raids remotely, via Predator missiles strikes, was derided by field officers as the work of "boys with toys," the Times reported.

The level of expertise among CIA officers in the region was also a drag on operations, the report said. "We had to put people out in the field who had less than ideal levels of experience," it quoted a former senior CIA official as saying.

One reason for that, two former intelligence officials told the Times, was that the Iraq war had drained away most of the CIA officers with field experience in the Islamic world.