Secret US plot to kill Al-Sadr

The US Army tried to kill or capture Muqtada Al-Sadr, the Shiite cleric, after luring him to peace negotiations at a house in the holy city of Najaf, which it then attacked, according to a senior Iraqi government official Monday. 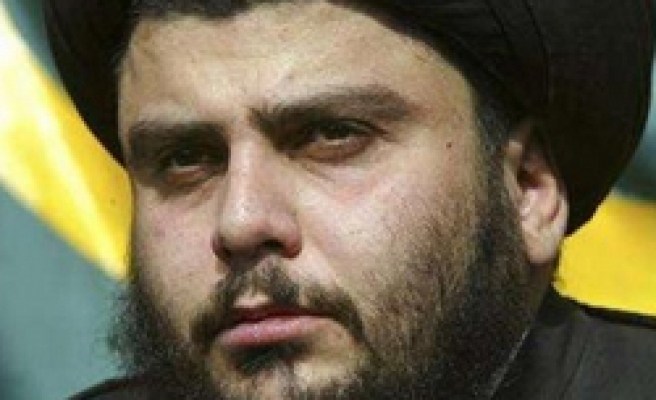 The US Army tried to kill or capture Muqtada Al-Sadr, the Shiite cleric, after luring him to peace negotiations at a house in the holy city of Najaf, which it then attacked, according to a senior Iraqi government official Monday.

The revelation of this extraordinary plot, which would probably have provoked an uprising by outraged Shiites if it had succeeded, has left a legacy of bitter distrust in the mind of Al-Sadr for which the US and its allies in Iraq may still be paying, the Independent newspaper said.

"I believe that particular incident made Muqtada lose any confidence or trust in the US-led coalition and made him really wild," the Iraqi National Security Adviser Dr. Mowaffaq Rubai'e told The Independents correspondent in an interview in Iraq.

It is not known who gave the orders for the attempt on Al-Sadr but it is one of a series of ill-considered and politically explosive US actions in Iraq since the invasion, the daily added.

In January this year a US helicopter assault team tried to kidnap two senior Iranian security officials on an official visit to the Iraqi President.

Earlier examples of highly provocative actions carried out by the US with little thought for the consequences include the dissolution of the Iraqi army and the Baath party.
The attempted assassination or abduction took place two-and-a-half years ago in August 2004 when Al-Sadr and his Mehdi Army militiamen were besieged by US Marines in Najaf, south of Baghdad.

Dr. Rubai'e believes that his mediation efforts, about which he had given the US embassy, the American military command, and the Iraqi government in Baghdad full details, were used as an elaborate set-up to entice the Shiite leader to a place where he could be trapped.

Although Al-Sadr escaped with his life at the last moment, the incident helps explain why he disappeared from view in Iraq when US President George W. Bush stepped up confrontation with him and his Mehdi Army militia last January.

Rubai'e said "I know him very well and I think his suspicion and distrust of the coalition and any foreigner is really deep-rooted," and dates from what happened in Najaf. He noted that after this incident, Al-Sadr occupied the shrine of Imam Ali in Najaf as a place of refuge.

Dr. Rubai'e had gone to Najaf in August 2004 to try to mediate an end to the fighting. He met Al-Sadr who agreed to a set of conditions to end the crisis.

"He actually signed the agreement with his own handwriting. He wanted the inner Najaf, the old city, around the shrine to be treated like the Vatican," Dr Rubaie went on.
Having returned to Baghdad to show the draft document to Iyad Allawi, who was prime minister at the time, Dr. Rubai'e went back to Najaf to make a final agreement with Al-Sadr.

It was agreed that the last meeting would take place in the house in Najaf of Muqtada's father Mohammed Sadiq Al-Sadr who had been murdered by Saddam Hussein's gunmen with two of his sons five years before.

Dr. Rubai'e and other mediators started for the house. As they did so, they saw the US Marines open up an intense bombardment of the house and US Special Forces also heading for it.

But the attack was a few minutes premature. Al-Sadr was not yet in the house and managed to escape.

Although Dr. Rubai'e, as Iraqi National Security Adviser since 2004 and, earlier, a member of the Iraqi Governing Council, is closely associated with the American authorities in Baghdad, he has no doubt about what happened.

He sees the negotiations as part of a charade to lure Al-Sadr, who is normally very careful about his own security, to a house where he could be eliminated, The Independent concluded.