'Secularism can not be imposed': EU Barroso 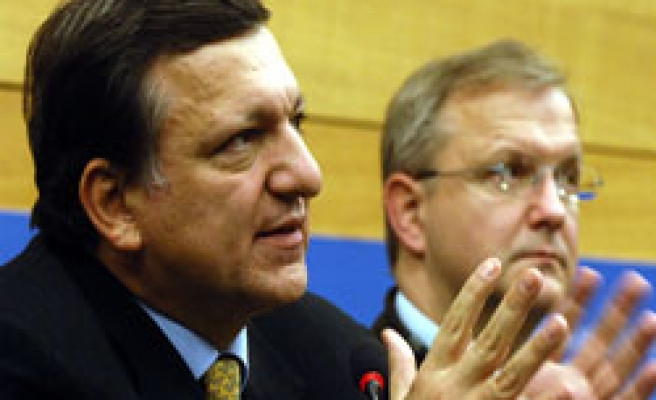 It was both surprising and a matter of concern that a court case had been opened seeking to ban Turkey's ruling Justice and Development Party (AK Party), the president of the European Commission said late Tuesday.

Speaking to the media ahead of his visit to Turkey on Thursday, EC president Barroso said the European Union hoped the Constitutional Court would base its ruling in the case against the AK Party within democracy and the rule of law, as well as respecting EU principles and the Venice criteria.

The EU would show the same reaction to any such cases in a European country, he said.

Barroso said his visit to Turkey was not about "teaching lessons", but would focus on reviewing common responsibilities regarding Turkey's negotiation process and conveying the European Commission's support for carrying forward relations between Turkey and EU.

The EU expects Turkey to continue to implement reforms on bolstering freedom of expression, religious freedoms, cultural rights, civil control over political parties and the military.

Asked about concerns over secularism, Barroso said they were against theocracy.

Another EU official to discuss the court case against the AKP was Ollie Rehn, the commissioner in charge of the bloc's expansion process.

"Last year's presidential and general elections seriously tested the EU process as an anchor for political stability, which will be tested once again by the closure case against AKP," Rehn said on Tuesday. "The most remarkable part of Turkey's EU process was the transformation of the country into an open and self-confident nation."