The Democratic-led United States Senate has failed to pass a symbolic "no confidence" test vote, 53 to 38, against Attorney General Alberto Gonzales, just seven votes of the 60 votes required. 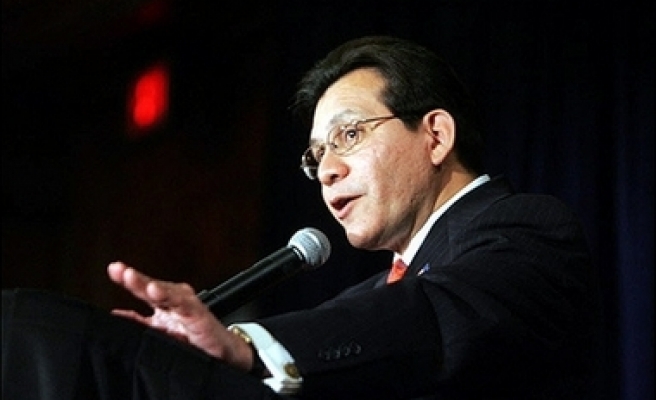 The Democratic-led United States Senate has failed to pass a symbolic "no confidence" test vote, 53 to 38, against Attorney General Alberto Gonzales, just seven votes of the 60 votes required.

Democrats tried to force their Republican counterparts to take a stand by taking a vote on the Senate floor on whether America's top law enforcement official should keep his job -- at a session held late on Monday.

The one-sentence resolution, sponsored last month by Democratic Senators Chuck Schumer and Diane Feinstein, read "It is the sense of the Senate that Attorney General Alberto Gonzales no longer holds the confidence of the Senate and of the American people."

It was widely believed the resolution would fail a test vote, but Senators from both sides clearly showed concern about charges against the Attorney General of incompetence in the firings of eight Federal prosecutors and questionable use of wiretapping under the US Patriot Act by the US Justice Department.

Gonzales had refused to step down after testifying before a Senate Committee Hearing during which he repeatedly told the committee dozens of times that he could not recall key details that lead to the firing of eight federal prosecutors back in January.

President Bush has repeatedly pledged his support for the embattled Gonzales and dismissed the vote as "political".

"They can have their votes of no-confidence but it's not going to make the determination about who serves in my government," President Bush said while finishing the last leg of his weeklong European visit in Sophia, Bulgaria.

Some Republicans showed their displeasure with Gonzales' conduct. Five Republican Senators called for Gonzales to step down, including Senator Arlen Spector, chairman of the Senate Judiciary Committee.

"If you ask Arlen Specter, do I have confidence in Attorney General Gonzales, the answer is a resounding no," Specter said before the vote, announcing he would vote 'no confidence' against Gonzales.

But other Republicans called the resolution a Democratic attempt to embarrass the White House.