Turkish media said the swoop could be linked to a probe into a shadowy ultra-nationalist, hardline secularist group, which has been accused of seeking to engineer a coup against the government. 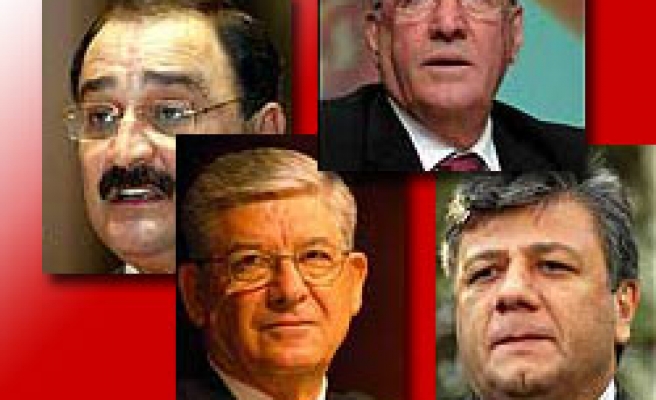 Turkish police detained two retired generals, a leading businessman and a senior journalist on Tuesday, hours ahead of the first hearing in a case against the ruling AK Party, state news agency Anatolian reported.

Turkish broadcasters said the swoop could be linked to a probe into a shadowy ultra-nationalist, hardline secularist group, known as Ergenekon, which has been accused of seeking to engineer a coup against the government.

"Ankara police are carrying out operations in line with the order of Istanbul's chief prosecutor. We cannot say at the moment how many were detained and why they were detained," Mevlut Amir, a police spokesman in Ankara, said.

NTV news channel said a total of 24 people were detained in the capital Ankara and Turkey's largest city Istanbul.

The detentions came hours ahead of the hearing in the case in which a chief prosecutor is seeking to have the ruling AK Party shut down for allegedly anit-secular activities. The prosecutor is due to make an oral statement to the Constitutional Court -- another part of Turkey's secularist establishment.

Analysts say the Ergenekon group is part of the shadowy "deep state", code for hardline nationalists in Turkey's security forces and state bureaucracy ready to take the law into their own hands for the sake of their own agenda.

Anatolian said Ankara Chamber of Commerce (ATO) Chairman Sinan Aygun and the former head of the paramilitary gendarmerie forces, Sener Eruygur, were among the detained.

Turkish broadcasters said that Istanbul chief prosecutor's office ordered the detentions and that police were also searching the Ankara office of Cumhuriyet and the Istanbul office of the Kemalist Thought Association.