Sept launch for bid to crack secrets of universe 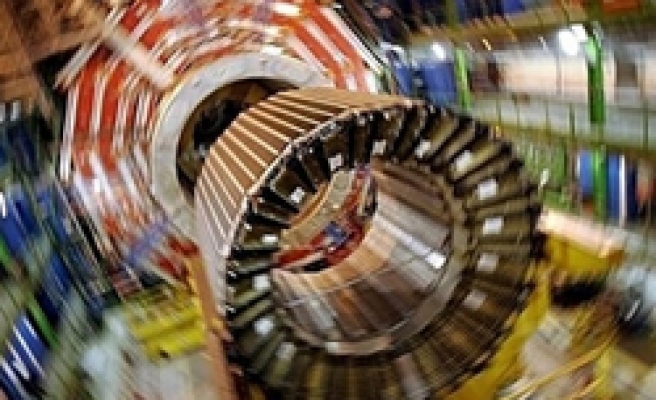 The world's most powerful particle accelerator, aimed at unlocking secrets of the universe, will be launched on Sept. 10, the European Organization for Nuclear Research (CERN) said on Thursday.

The Large Hadron Collider (LHC), housed in an underground tunnel 27 kilometres (17 miles) in circumference, will recreate conditions just after the Big Bang which many scientists believe gave birth to the universe.

It will seek to collide two beams of particles at close to the speed of light.

"The first attempt to circulate a beam in the Large Hadron Collider (LHC) will be made on Sept. 10," the Geneva-based CERN said in a statement.

The LHC will study a new frontier of physics, producing beams with seven times more energy than any previous machine.

But starting it up is not as simple as flipping a switch.

Each of its eight sectors must be cooled to their operating temperature of minus 271 degrees Celsius (minus 456 degrees Fahrenheit), colder than outer space. This phase is reaching a successful conclusion but electrical testing must follow.

"We're finishing a marathon with a sprint," said LHC project leader Lyn Evans. "It's been a long haul and we're all eager to get the LHC research programme underway."

Scientists hope the experiment will help explain fundamental questions such as how particles acquire mass. They will also probe the mysterious dark matter of the universe and investigate why there is more matter than antimatter.

Some 10,000 scientists from around the world have worked on the complex 10 billion Swiss franc ($9.5 billion) apparatus since construction began in 1994, a spokesman said.