Two former Serbian intelligence chiefs gave their forces a "license to commit murder" and enabled some of the most grievous crimes of the Balkans war, prosecutors at the Hague Tribunal said on Monday. 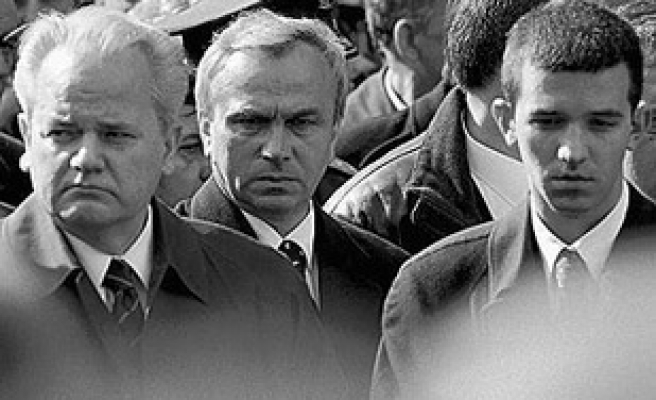 Jovica Stanisic, head of the secret service of late Yugoslav President Slobodan Milosevic, and Franko Simatovic, a commander of elite Serb forces, are accused of arming and training militias who committed atrocities against non-Serbs in Croatia and Bosnia.

"Mr Simatovic and Mr Stanisic were willing members in a core group of persons who showed the intent to remove large populations of non-Serbs by force ... by perpetrating the crimes of murder and persecution," Prosecutor Dermot Groome said in his opening statement.

"Milosevic was the central driving force behind this criminal enterprise," he said, adding Simatovic and Stanisic had a close working relationship with the former leader who died of a heart attack in 2006 before a verdict in his trial.

Both accused have pleaded not guilty.

The start of the trial at the U.N. war crimes tribunal had been delayed four times over concerns relating to Stanisic's health, but a doctor advised he was fit to stand trial if he followed proceedings from a video link in his detention centre.

He has been suffering from kidney stones and depression.

It is hoped their trial will shed more light on Serbia's involvement in the fighting in Bosnia and Croatia during the wars that tore apart the former Yugoslavia from 1991 to 1995.

The two men are charged with directing some of the most notorious militias of the wars including the Scorpions, the Red Berets and Arkan's Tigers. The indictment lists hundreds of execution-style murders.

Groome showed a brief clip from a notorious video first shown at Milosevic's trial of the murder of six Muslims by the Scorpions after the fall of the Srebrenica enclave in Bosnia.

This had left many Serbs wondering how it was possible that some of the most grievous crimes committed during the war were committed in their name by men paid by the government, he added.

"If the state is going to engage in criminal conduct it will use its secret service to engage in that conduct," Groome said.

Stanisic, 57, and Simatovic, 58, were arrested by Serb police in 2003 for suspected links with organized crime in a sweep following the assassination of reformist prime minister Zoran Djindjic, who had infuriated ultranationalists by sending Milosevic to The Hague.

They were indicted by the U.N. war crimes tribunal soon after that and transferred to the court.