Bosnian Serb leader Milorad Dodik said he would sue top Muslim politician, Haris Silajdzic, and break off all ties with him. 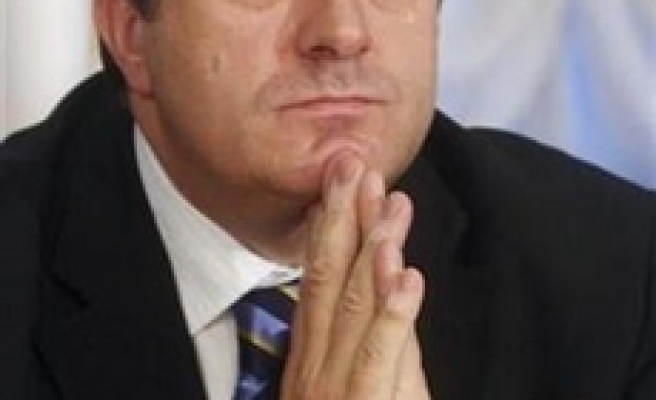 Haris Silajdzic, a Muslim Co-Prime Minister of a three-man rotating state presidency and other Muslim leaders have stepped up demands for the abolition of RS since the Hague-based International Court of Justice (IJC) ruled on February 26 that Bosnian Serb forces had committed genocide in eastern town of Srebrenica, when up to 8,000 Muslims were killed in July 1995.

But Bosnian Serb leader Milorad Dodik continued to oppose these demands, saying Wednesday he would sue top Muslim politician, Haris Silajdzic, and break off all ties with him.

Dodik, who is prime minister the of Bosnian Serb entity Republika Srpska (RS), accused Silajdzic of slandering RS and spreading lies about it.

Silajdzic said he had asked British diplomats during recent visit to London for support to abolish the RS, because it was allegedly created from genocide.

Dodik stated that the IJC verdict didn’t incriminate RS and its institutions, but individuals, or groups of individuals. “During a visit to London Silajdzic said that genocide was committed by the RS, which is slander and a lie and this must stop,” he added. “I will sue Silajdzic or ask that he in some other way explains his stance," Dodik said.

Under the Dayton peace accord that ended Bosnian civil war in 1995, the country was divided into two entities with most state attributes, the RS and the Muslim-Croat federation, but the international community that safeguards peace in Bosnia has stripped the entities of most state powers to strengthen the central government and pave the way for Bosnia’s entry into European union and NATO.

The last remaining barriers to integration are police reform and constitutional changes that would further weaken the entities and abolish the RS police. Bosnian Serbs resist these changes.

“We will not talk to anyone who demeans the RS, and that will be our policy in the future,” Dodik said.

“As long as they (Muslims) don’t accept the RS and us in the RS, there will be no agreement, even if Bosnia waited a hundred years to join EU,” he concluded. Last Mod: 07 Haziran 2007, 12:02
Add Comment