Serbia's chief war crimes prosecutor Vukcevic said that regardless of any possible procedural delays in the extradition process, Karadzic was going to The Hague and would not be getting a trial in Serbia. 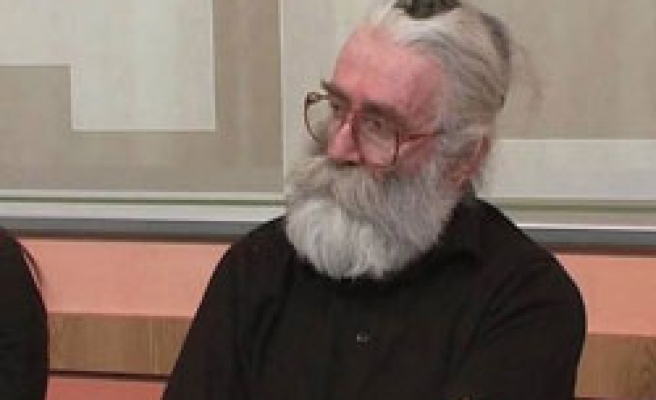 War crimes suspect Radovan Karadzic will be extradited to the United Nations tribunal in The Hague at the earliest on Monday, Serbia's chief war crimes prosecutor Vladimir Vukcevic said on Friday.

The leader of the Bosnian Serbs in the 1992-95 Bosnia war, who is indicted twice for genocide, was arrested this week after 11 years in hiding, and is now held in a Belgrade prison.

"Karadzic's lawyer has until midnight on Friday to file an appeal to the extradition order," Vukcevic told Reuters.

The appeal may be sent in by post, which adds a small delay to the process.

"The panel of judges has three days to decide on the appeal, but I assume they will meet on Monday. Then the justice minister has to sign the extradition order."

"However, it is highly unlikely," he added. "The earliest he can be extradited is Monday. We have no reason to rush. We have been waiting for him for 13 years."

Karadzic and his military chief Ratko Mladic were indicted in 1995 for planning the massacre of 8,000 Bosnian Muslims in Srebrenica and the 43-month siege of Sarajevo, where 11,000 people died from mortars, sniper fire, malnutrition and illness.

Karadzic has maintained his innocence, accusing the Hague court of being biased against Serbs.

Karadzic's trial in the Hague would be a "court-martial with the decision known in advance", he told reporters.

Karadzic's brother, who visited him in prison, said the fugitive had planned to surrender next year, after a deadline for the Hague Tribunal to open new trials has expired.

His thinking was that if he surrendered then, he would have a chance of being tried in a local Serbian court.

Vukcevic said that regardless of any possible procedural delays in the extradition process, Karadzic was going to The Hague and would not be getting a trial in Serbia.

"These are his hopes," Vukcevic said, "but I think the chances are minimal."