The leader of Serbia's Radical party has resigned as parliament's speaker, five days after he was elected. 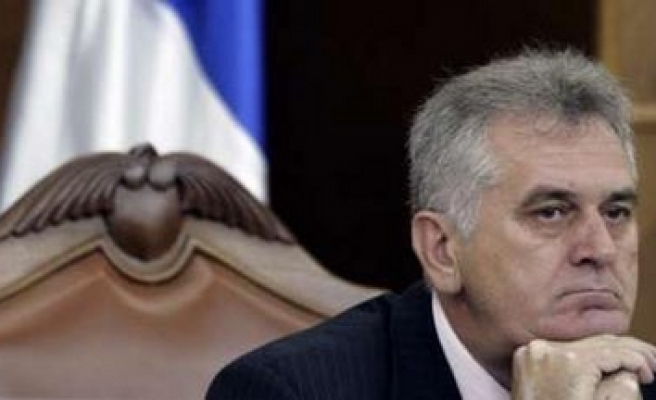 The leader of Serbia's Radical party has resigned as parliament's speaker, five days after he was elected.

His resignation on Sunday came after the European Union and Nato voiced their concern at his appointment, saying that his election could herald a resurgence by former allies of Slobodan Milosevic, the late president.

"I resign from the post ... but be sure that I will watch closely what your new government will do," Nikolic told the parliament in a speech after a long, acrimonious debate on whether Serbia should strive for closer ties with the West or stick to its traditional ally, Russia.

Nikolic's Radical Party has aroused the hostility of the EU, Nato and Serbia's neighbours ever since it advocated military intervention to stop Kosovo, a mainly Muslim region, from breaking away from the Serbian state.

A Western-backed plan, which envisages Kosovo's independence, will be debated by the UN Security Council this month.

Nikovic was elected speaker after the Radicals became the largest party in parliament in general elections in January but failed to win an outright majority.

His resignation opens the way for a parliamentary vote on the new coalition cabinet, which consists of pro-Western Democrats led by Boris Tadic, the president, and the Democratic Party of Serbia, headed by Vojislav Kostunica, who is regarded as moderately nationalist.

In his resignation speech, Nikolic warned the new cabinet that if it "peacefully accepts" independence for Kosovo, his Radical party "won't sit calmly and wait".