It was the third re-trial for the attempt on Draskovic, then the most prominent critic of war crimes convict Slobodan Milosevic. 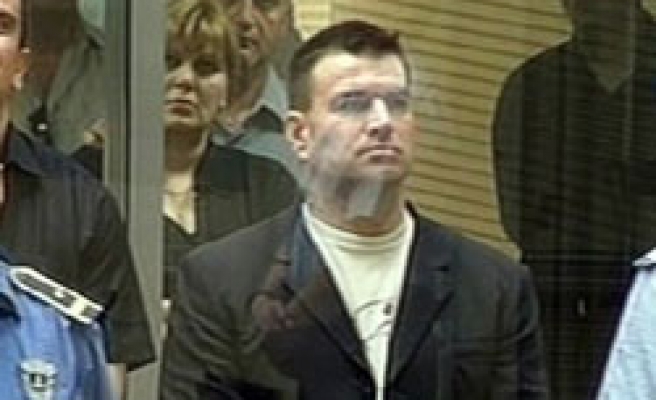 Serbia's Supreme Court on Thursday convicted a group of former state security and special police officers of the attempted murder of an opposition leader in 1999 and the killing of four of his aides.

Ilic was driving a truck that smashed into the car of opposition leader Vuk Draskovic, killing four of his party officials, on a motorway outside Belgrade. Draskovic was lightly hurt.

Another three ex-special policemen received sentences of 30 to 35 years in prison, while a former customs chief, a former traffic police chief and his deputy got six to 18 months.

"The defence has the right to appeal the court decision. The Supreme Court's panel of seven judges will decide on the appeal," Dabic said.

It was the third re-trial for the attempt on Draskovic, then the most prominent critic of war crimes convict Slobodan Milosevic.

After eight years and three sentences delivered by lower courts, the case was tried all over again by Supreme Court judges, who greatly increased the sentences previously handed out.

He has been found guilty of the assassination of Serbian Prime Minister Zoran Djindjic in 2003, the murder of communist-era president Ivan Stambolic in 2000 and several murders, kidnappings and bomb attacks on businessmen and criminal rivals.