The ambassadors were pulled from countries that recognised Kosovo's independence from Serbia earlier this year. 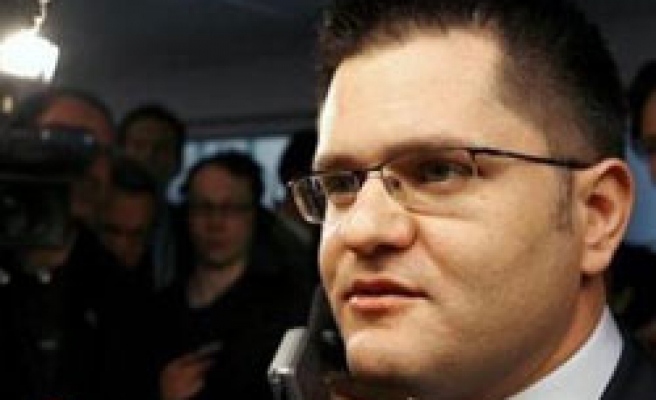 Serbia will decide this week whether to return its diplomats to European Union countries, as it tries to improve ties with the bloc and win candidate status by the end of 2008, Foreign Minister Vuk Jeremic said on Sunday.

"Following talks in Paris, Moscow and New York and consultations with President Boris Tadic, the Foreign Ministry has decided to ask the government at its next session to ... allow the return of ambassadors to EU states and the normalisation of ties," Jeremic was quoted by the Beta news agency as saying.

The ambassadors were pulled from countries that recognised Kosovo's independence from Serbia earlier this year.

Jeremic said ambassadors to non-EU countries, including the United States, who were removed over Kosovo will remain in Belgrade but Serbia could make the pragmatic decision to overlook the recognition of Kosovo by EU countries and return its diplomats.

Normalising ties with the EU is critical to Serbia's efforts to win EU candidate status by the end of the year and also have visa requirements removed for its citizens who want to travel to the bloc, Jeremic said.

Jeremic is a liberal who had previously served as foreign minister in the cabinet of Prime Minister Vojislav Kostunica.

Jeremic, member of a pro-Western bloc which formed the new ruling coalition this month with the Socialists of late waar crimes convict Slobodan Milosevic, said he expected the Socialist Party to support the decision.

He also said ally Russia approved of the decision.

But Serbia's closer ties with the European Union still hang on its full cooperation with the Hague tribunal, which means the arrest and handover of the remaining fugitive war crime indictees wanted by the United Nations' court.