Serbia: 'EU can not expect Kosova from us'

In a surprise statement, Serbian prime minister Vojislav Kostunica said that the European Union can't expect from Serbia to give away its Kosovo for the sake of joining European integration. 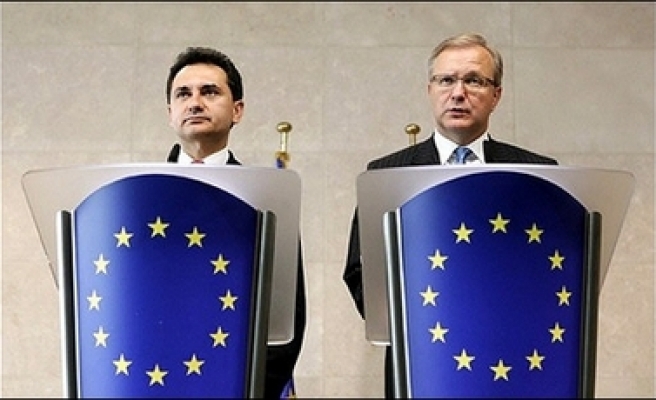 In a surprise statement, Serbian prime minister Vojislav Kostunica said on Wednesday that the European Union can’t expect from Serbia to give away its Kosovo for the sake of joining European integration.

His remarks came as vice-premier Bozidar Djelic resumed pre-entry talks in Brussels with EU commissioner for enlargement Ollie Rehn, which were broken off last year.

Kostunica said that the resumption of talks was a good opportunity for EU to develop "partnership relations towards Serbia", meaning respect for its territorial integrity and sovereignty. "Therefore we expect that EU, in accordance with the principle of equality of all European states, support Serbia's demand to respect the UN Charter which guarantees the inviolability of borders of all internationally recognised states," the statement said.

"The Serbian government has stated on several occasions that it would fulfill all generally accepted European standards, but at the same time we strongly insist that EU respects our internationally recognized borders and Kosovo and Metohija (the Serbian name for the province) as an inalienable part of the territory of Serbia," he said.

Belgrade opposes independence of the province with majority ethnic Albanians, which has been under United Nations control since 1999, but western powers are pushing for a resolution in the UN Security Council which would grant Kosovo statehood based on the plan for phased independence for the province proposed by top UN envoy Martti Ahtisaari.

Rehn said at a joint conference with Djelic in Brussels that Serbia’s European path and Kosovo status were two different things and that it “would be unfair to expect Serbia to make concessions on Kosovo to remain on the European path." He added, however, that the EU expected from Serbia a "constructive” approach in the finalisation of Kosovo's status and to obey “decisions based on the UN Security Council resolution."

Serbian leaders have said they would under no circumstances consent to Kosovo's independence, whereas ethnic Albanian leaders in Kosovo have vowed they would settle for nothing less. Russia is the only country in the six-nation Contact Group for Kosovo to opposed independence and has hinted it might use veto to block a pro-independence resolution by the Security Council.

The Contact Group, comprising the United States, Britain, Italy, Germany, France and Russia, held a closed door meeting in Paris on Tuesday, which Russia was not invited to attend. The group issued no statement after the meeting, but Russian diplomats said on Wednesday that western powers were wrong if they thought they could resolve Kosovo's future status without Moscow’s consent.

Kosovo has been under UN control since 1999, after NATO bombing pushed Serbian forces out of the province amid reports of gross human rights violations and a mass exodus of ethnic Albanians. Last Mod: 14 Haziran 2007, 12:12
Add Comment