The governing coalition is an unlikely union between pro-Europeans and the Socialists of war crimes convict Slobodan Milosevic. 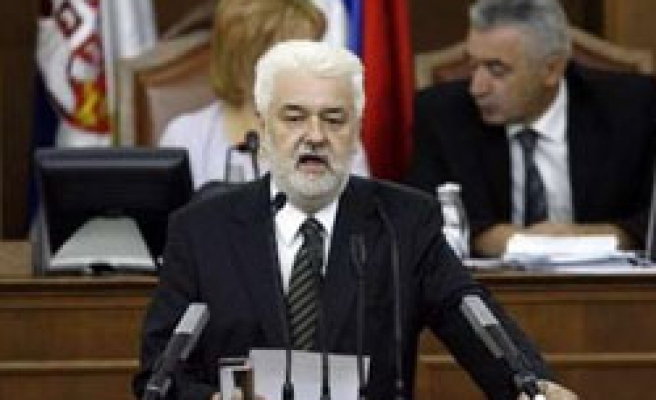 Serbia's parliament approved late Monday a new Western-leaning government that has made membership of the European Union its foreign policy priority.

After a day-long debate, 127 of 164 deputies present at the session voted for the new cabinet led by Prime Minister Mirko Cvetkovic, while 27 MPs were against. Ten deputies did not vote.

The governing coalition is an unlikely union between pro-Europeans and the Socialists of war crimes convict Slobodan Milosevic.

Cvetkovic was finance minister in the government of his predecessor, nationalist Vojislav Kostunica. A trained economist, he has worked for the World Bank in India and Pakistan.

He said his government would seek to bring down unemployment and inflation and step up investment in infrastructure, while aiming for annual economic growth of around seven percent.

Addressing the deputies prior to the debate, the prime minister-designate said his cabinet would "adopt an action plan whose implementation would fully prepare Serbia to accede to the European Union by the end of this government's term of office.

"The government's main objective is for Serbia to gain EU candidate country status by the end of this year or by the beginning of next year, through the acceleration of economic and other reforms envisaged by the SAA," he said.

Opposition deputies criticised the proposed cabinet, saying it had too many ministries and lacked clear goals.