A former Bosnian Serb general who is considered the third most wanted war crimes fugitive in the Balkans was arrested on the Bosnia-Serbia border Thursday, Serbian officials said. 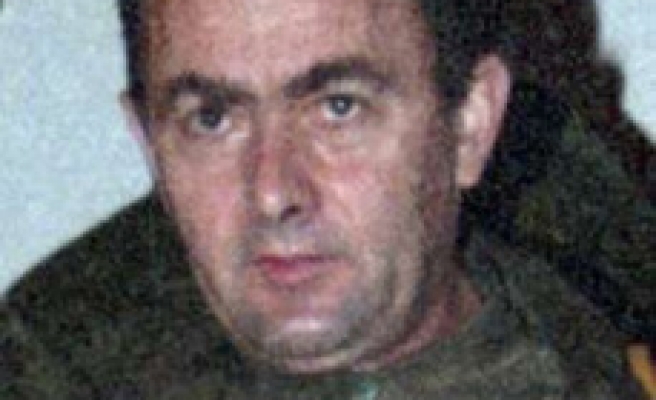 A former Bosnian Serb general who is considered the third most wanted war crimes fugitive in the Balkans was arrested on the Bosnia-Serbia border Thursday, Serbian officials said.

Zdravko Tolimir, indicted by the U.N. war crimes tribunal, was a top aide to the wartime Bosnian Serb military commander, Gen. Ratko Mladic, during the slaughter of up to 8,000 Bosnian Muslims in Srebrenica in 1995 — the worst carnage in Europe since World War II.

Kavran said preparations for Tolimir's transfer to the U.N. detention unit near The Hague, Netherlands, were under way.

Tolimir, who was reported to have organized Mladic's escape from justice, was arrested after a major security sweep of the border region with helicopters and anti-terrorist units, according to the Serbian officials, speaking on condition of anonymity because they were not entitled to release the information before Tolimir is sent to the U.N. tribunal in The Hague, Netherlands.

Tolimir was considered by U.N. war crimes prosecutors to be the third most wanted fugitive after Mladic and Bosnian Serb wartime political leader Radovan Karadzic, who are both still at large.

As a ranking intelligence and security officer during Bosnia's 1992-95 war, Tolimir was charged by the U.N. tribunal with four counts of crimes against humanity, including murder, persecution on political, racial and religious grounds, and other inhumane acts.

The charges say that he "committed, planned, instigated, ordered, and otherwise aided and abetted in the planning, preparation, and execution of the crimes" against non-Serbs during the war, including in Srebrenica.