A convicted Bosnian Serb war criminal escaped from custody while being transported to a hospital in eastern Bosnia after complaining of feeling ill, authorities said. 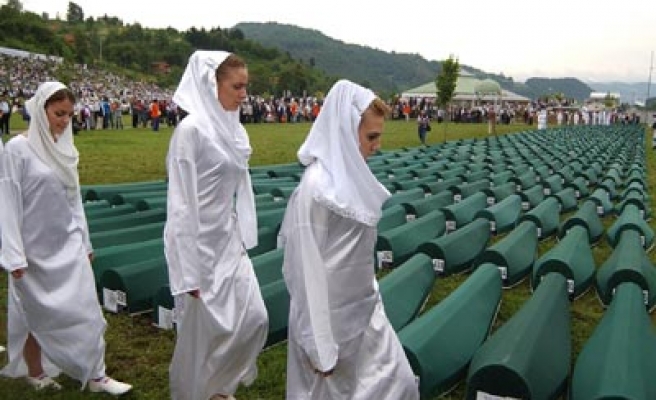 A convicted Bosnian Serb war criminal escaped from custody Friday while being transported to a hospital in eastern Bosnia after complaining of feeling ill, authorities said.

Radovan Stankovic was grabbed by accomplices who cut of the vehicle he was being transported in as it approached the hospital in the town of Foca, local media said.

"Stankovic escaped just in front of the hospital. We have sealed off the town; all roads in and out of Foca have police roadblocks," police spokeswoman Danka Tesic told The Associated Press.

Stankovic was sentenced in November 2006 to 16 years in prison for war crimes, including detaining Muslim women and turning them into sex slaves for fellow soldiers, during Bosnia's 1992-95 war.

Stankovic's case was the first verdict to be handed down by Bosnian State Court in a case transferred from the U.N. war crimes tribunal, based in The Hague, Netherlands. The U.N. court has been transferring lower-level cases to the State Court in Sarajevo for trial in order to reduce its case load.

A member of a paramilitary unit in Foca, Stankovic took part in the arrest of Muslim civilians in the town at the start of the war. During the arrests, many civilians were beaten and killed. Women were detained and subjected to forced labor, beatings and rape.

In August 1992, Stankovic set up a detention center for the women in a private house, which the soldiers referred to as "the brothel."

At least nine girls and women were kept at the house, and were assigned to Serb soldiers to be raped or sexually assaulted. The court also found that Stankovic had raped at least two women.