Britain has a 1.7 million Muslims, and the role of Muslim institutions in public life is a touchy issue for a government which says it is committed to both multiculturalism and integrating minorities into its own culture. 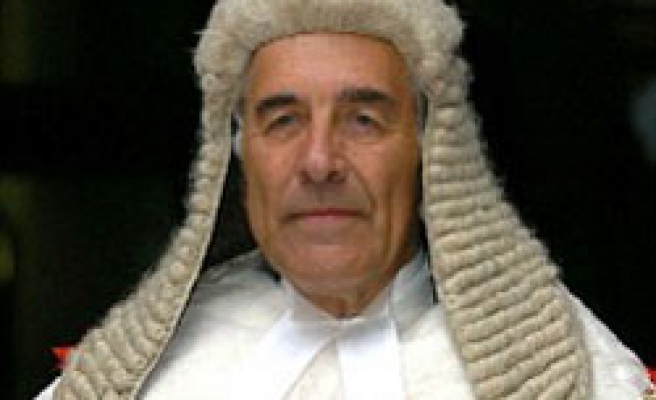 Islamic Sharia law could have a role in mediation in England, but the country will never have Islamic courts that can impose their own judgments, England's top judge said on Thursday.

In a speech, Lord Chief Justice Nicholas Phillips waded carefully into an issue.

"There is no reason why Sharia principles, or any other religious code, should not be the basis for mediation or other forms of alternative dispute resolution," Phillips said in a speech at the East London Muslim Centre.

"It must be recognised, however, that any sanctions for a failure to comply with the agreed terms of mediation would be drawn from the laws of England and Wales," he added.

Britain has a 1.7 million Muslims, and the role of Muslim institutions in public life is a touchy issue for a government which says it is committed to both multiculturalism and integrating minorities into its own culture.

Archbishop of Canterbury Rowan Williams said earlier this year that it was inevitable that aspects of Sharia law would be adopted in Britain.

Phillips said English law would remain the law of the land, but that parties to a dispute are free to agree to accept Sharia principles or other religious precepts if they decide to seek mediation.

A spokesman for the Department of Justice, which oversees courts in England and Wales said: "English law, which is based on our shared values of equality and a respect for the rule of law of course takes precedence over any other legal system.

"The UK is proud of its diverse society and is committed to ensuring cohesive communities. There is nothing in English law that prevents people abiding by Sharia law if they wish to, provided it does not conflict with English law."