Sharif said that the sacking of the judges last year had shaken the foundations of the country and it was necessary to restore them to their jobs. 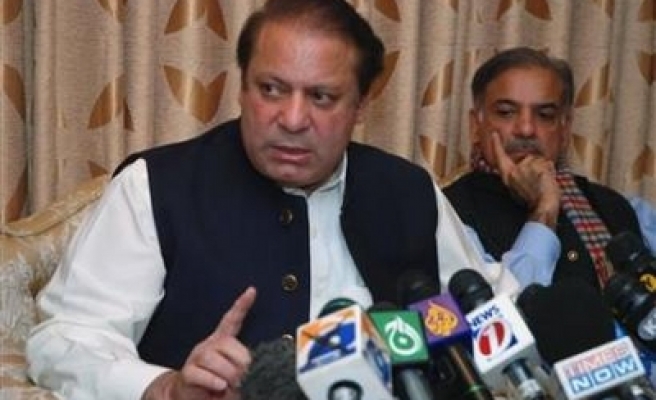 Former Prime Minister Nawaz Sharif has threatened to pull his party out of Pakistan's ruling coalition it it does not decide by Friday to reinstate judges purged by former president Pervez Musharraf, the Wall Street Journal reported.

The deadlock over the judges opened up cracks in the coalition led by slain Prime Minister Benazir Bhutto's Pakistan People's Party (PPP) soon after Musharraf, faced with the threat of impeachment, resigned on Monday.

Sharif told the newspaper that the sacking of the judges last year had shaken the foundations of the country and it was necessary to restore them to their jobs.

"We will not try to bring the government down," Sharif said in remarks published on Thursday. "But of course we then have no choice but to sit in the opposition."

The PPP led by Bhutto's widower Asif Ali Zardari, has wavered over restoring the judges, partly because of concern the deposed chief justice might take up challenges to an amnesty from graft charges granted to party leaders last year, analysts say.

Leaders of two small parties in the four-party alliance have played down the dispute but said they had been given three days to resolve the problem between the big parties.

Sharif said Zardari had earlier assured him that the judges would be reinstated within 24 hours of Musharraf's impeachment. "We supported him on impeachment. It's now his turn to support us on the reinstatement of judges."

The departure of Sharif's party from the coalition would not force an election, analysts have said, adding that the PPP, the biggest in parliament, should be able to gather enough support to remain in government.

With Sharif winning much popular support for his tough stand on the unpopular Musharraf and the judges, an election is the last thing Bhutto's party wants, Rasul Bakhsh Rais, professor at the Lahore University of Management Sciences told Reuters on Wednesday.

"If elections are held, I don't think the People's Party can survive. It will be wiped out," Rais said.

The coalition leaders are also divided over Musharraf's future. There has been no announcement since his resignation on whether he would get immunity from prosecution and be allowed to live freely in Pakistan.

Sharif, the prime minister Musharraf ousted, said he bore no grudges toward the former military ruler but he must be held accountable for his actions.

"I'm not a man who believes in revenge. Although he mistreated me, I don't have any score to settle with him. But somebody who dismisses the parliament, subverts the constitution, arrests the judges must tell the people why he did that. He must answer these questions under whatever forum the law provides." he said.