Cindy Sheehan, who emerged as a prominent anti-war figure in the US, following the death of her son in Iraq, has announced she is leaving the movement. 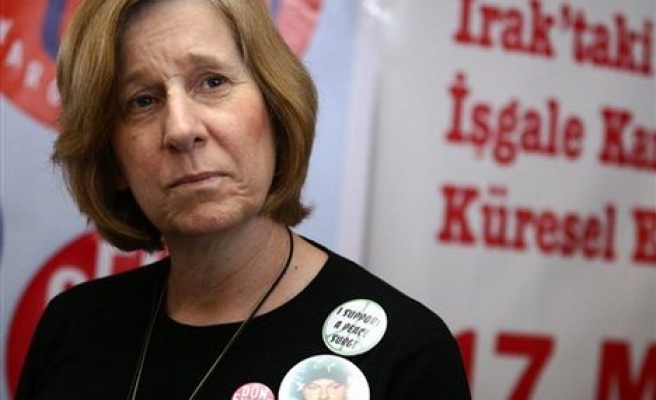 Cindy Sheehan, who emerged as a prominent anti-war figure in the US, following the death of her son in Iraq, has announced she is leaving the movement.

Writing on the liberal, anti-war website, Daily Kos, on Monday, Sheehan said she had reached some "heart-breaking conclusions" including that her son, Casey, had "died for nothing".

Her decision comes several days after Sheehan said she was leaving the Democratic Party in protest at a bipartisan agreement in congress that approved more funding for the war in Iraq.

She said since she became the so-called face of the American anti-war movement, she had "endured a lot of smear and hatred".

Sheehan also said her high-profile role and the criticism she received, including being labelled an "attention whore", had taken its toll on her and that she had lost faith in politicians from both main US parties bringing an end to the conflict in Iraq.

"I have invested everything I have into trying peace with justice to a country that wants neither," she wrote on the Daily Kos.

"I believe partisan politics should be left to the wayside when hundreds of thousands of people are dying for a war that is based on lies that is supported by Democrats and Republicans alike."

Sheehan also described the great personal strain she had been under.

"I have sacrificed a 29-year marriage and have travelled for extensive periods away from Casey's brothers and sisters and my health has suffered," she said.

Sheehan said the "most devastating conclusion" she had reached was that 24-year-old Casey, an army specialist who was killed in the al-Sadr area of Baghdad in April 2004, had "died for nothing".

"Casey died for a country which cares more about who will be the next American Idol than how many people will be killed in the next few months while Democrats and Republicans play politics with human lives."

Sheehan became an increasingly outspoken critic of George Bush and the war in Iraq following her son's death in 2004.

She came to international prominence in 2005 when she set up a peace camp, called Camp Casey, outside Bush's ranch in Texas and in 2006 was arrested on Capitol Hill during Bush's annual state of the union address for wearing a T-shirt with the message "2,2245 dead. How many more?"