Shells from Pakistan hit Afghan bases, NATO fires back: US

Artillery shells fired from Pakistan landed in an Afghan army compound and close to an international military base in Afghanistan on Saturday and NATO forces returned fire, the alliance said. 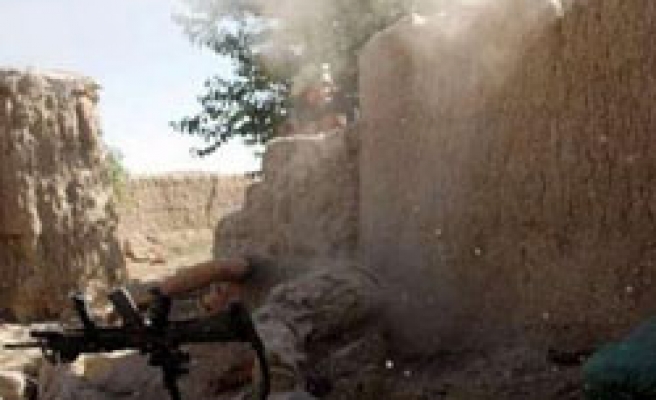 Elsewhere in Afghanistan, an improvised explosive device (IED) killed four U.S.-led coalition soldiers in the southern province of Kandahar, the scene of a large anti-Taliban offensive and an insurgent jail break.

Tension has mounted between Afghanistan and Pakistan in the last week after Afghan President Hamid Karzai threatened to send troops across the frontier.

"An ISAF (International Security Assistance Force) forward operating base and an Afghan National Army compound in northeastern Paktika province were attacked with indirect fire from across the Afghanistan-Pakistan border today," an ISAF statement said. No casualties were reported.

Three artillery rounds landed near the ISAF base and three rounds landed inside an Afghan army compound, it said. "ISAF forces determined the origination of the rounds to be in Pakistan and returned artillery fire in self-defence."

The Pakistani military was notified immediately when ISAF forces came under fire, the statement said. The armies of Pakistan, Afghanistan and ISAF maintain open channels of communication to avoid escalating any conflict.

The Taliban have upped pressure on Kandahar in the past two weeks, freeing at least 300 of their comrades in the jail break, then occupying areas outside the town, forcing Afghan and foreign troops to launch a large offensive to clear them out.

In another incident, an IED killed a Polish soldier from the ISAF and wounded four more on Saturday in Paktika province, the Polish news agency (PAP) said.