Energy agreements are expected to be a key element of Ahmadinejad's talks with Turkish leaders during his two-day visit to Istanbul beginning on Thursday. 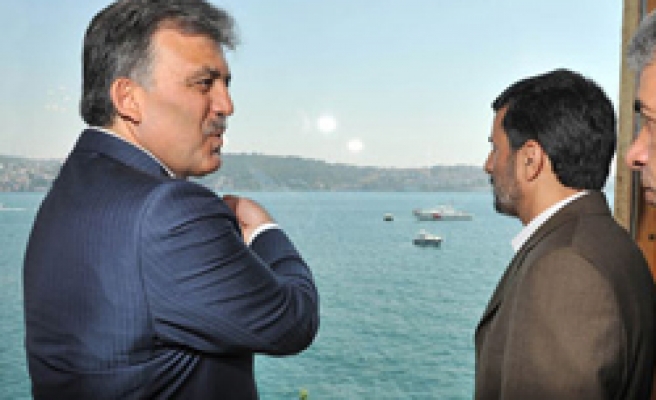 Iranian President Mahmoud Ahmadinejad's visit to Turkey may not yield the expected oil and gas deals following new demands from the Iranian side, a source from the Turkish prime minister's office said on Thursday.

Energy agreements are expected to be a key element of Ahmadinejad's talks with Turkish leaders during his two-day visit to Istanbul beginning on Thursday.

Senior Iranian and Turkish officials told Reuters last week that details, including gas pricing, had been worked out on a project for Turkey to produce and export Iranian gas from the South Pars gas field.

The agreement on those details were to have laid the groundwork for the signing of parts of the deal with Ahmadinajad, but new demands from Tehran have slowed down the process.

"A text regarding the agreement over gas with Iran had been set out, but demands made by the Iranians over the past few days are unacceptable," said a source from Prime Minister Tayyip Erdogan's office.

"If Ahmadinejad does not accept the accord on which agreement was reached, the accord will not be signed during this visit," he said.

The investment for Turkey's gas production in Iran is seen at approximately $3.5 billion.

The United States has voiced its opposition to the deal amid a standoff between Iran and the West over Tehran's nuclear programme.

Turkey, which is a net importer of gas and oil, has been trying to find a way to use its geographical position between Europe and the energy-rich Caspian to import gas and sell it on to Europe.