Sarika Singh, 14, from South Wales, said the plain steel bracelet was a symbol of her faith and should be exempt from her school's ban on wearing jewellery. 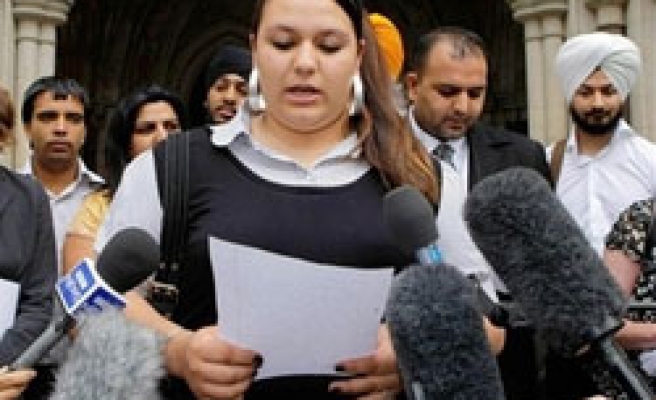 Sikh teenager suspended from school for wearing a religious bangle won her High Court fight to overturn the decision on Tuesday.

Sarika Singh, 14, from South Wales, said the plain steel bracelet was a symbol of her faith and should be exempt from her school's ban on wearing jewellery.

"In this case there is very clear evidence it was not a piece of jewellery but to Sarika was, and remains, one of the defining focal symbols of being a Sikh," he said.

Sikhs wear the bangle or "Kara" as one of the five signs of their faith. The girl's school said it did not allow any jewellery, apart from wristwatches and ear studs.

The judge accepted her claim of discrimination on the grounds of race and religion, while rejecting the school's argument that the bangle could be seen as a "symbol of affluence".

The case was the latest to test whether pupils can wear religious clothes or symbols in school. In 2006, Shabina Begum lost her fight for girls to be allowed to wear a Muslim jiljab, or long gown, in class.

After the judge announced his ruling on the Sikh bangle, Singh fought back tears and kissed her mother.

"We are over the moon, it has been a long journey," the teenager said outside court. It is a huge relief."

She will be allowed to return to the school next term when she will begin preparing for her GCSEs. Civil rights group Liberty said it was a victory for common sense.

"Our great British traditions of religious tolerance and race equality have been rightly upheld," said Anna Fairclough, a legal officer for the charity, which represented the family.