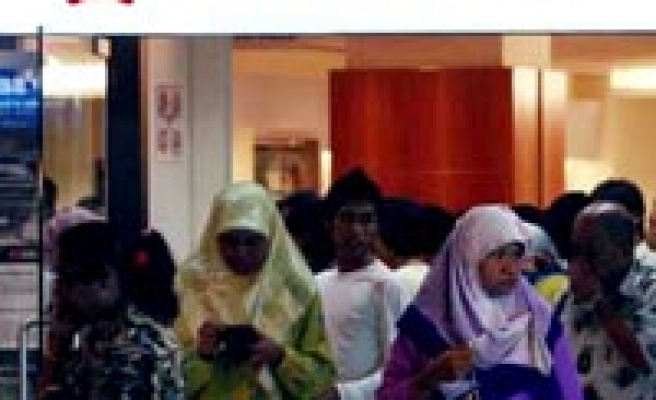 "The Islamic Bank of Asia (IB Asia) will be at the forefront of new market-based ideas to structure and introduce opportunities in Asia that uphold Islamic banking principles," Abdulla Hasan Saif, the head of the bank's nine-member board of directors, said in a statement.

Islamic banks do not invest in companies associated with tobacco, alcohol or gambling, all prohibited under Islam.

Islamic banking operates by sharing profit or loss between the bank and its clients, instead of interest, which is forbidden.

Islam forbids Muslims from receiving or paying interest on loans.

IB Asia, which has enlisted four prominent Muslim scholars to guide its operations, will have an initial paid up capital of $418 million.

Wealthy families and industrial groups from the oil-rich Gulf countries make up the majority of the bank's founding shareholders.

The DBS contributes 60 percent of the sum while wealthy families and industrial groups from the oil-rich Gulf countries finance the residue.

The founders plan to raise the bank's paid up capital in the next few weeks to 500 million dollars with DBS continuing to hold no less than 50 percent majority stake.

DBS is one of the largest financial services groups in Asia with operations in 15 markets.

The new bank will develop and distribute Shari`ah-compliant financial instruments for corporate and private banking clients in the Middle East and Asia.

IB Asia Vice Chairman Jackson Tai insists that Singapore, which has a Muslim minority of nearly 500,000 or 15 percent of the population, is a convenient stopover for Gulf investors and capital flows bound for Asia.

"Against this backdrop, the Islamic Bank of Asia is strategically well-positioned not only at the financial crossroads of Asia, but also in Singapore, an Asian capital markets centre renowned for its effective regulatory and corporate governance framework," he argued.

DBS began its serious foray into Islamic finance last year when it was granted a license to operate in Dubai where it has opened a flagship branch offering wholesale banking products and services.

The Islamic banking industry, which began almost three decades ago, has made substantial growth and attracted the attention of investors and bankers across the world.

There are nearly 300 Islamic banks and financial institutions worldwide whose assets are predicted to grow to $1 trillion by 2013.