The number of people infected with dengue in a single week in Singapore has hit epidemic levels this year, a government Web site showed on Wednesday. 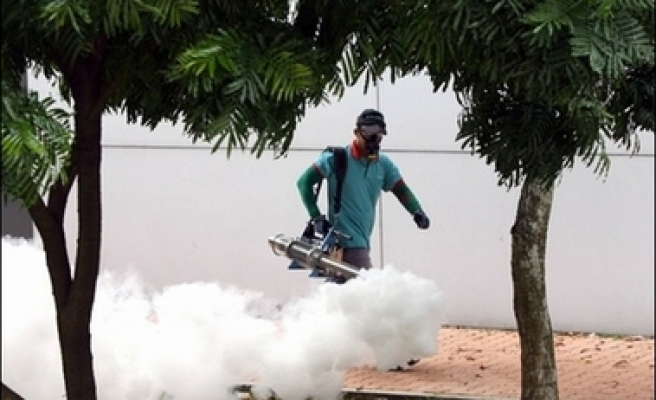 The number of people infected with dengue in a single week in Singapore has hit epidemic levels this year, a government Web site showed on Wednesday.

A total of 401 cases of the mosquito-borne disease were reported last week in the Southeast Asian city-state, according to Singapore’s National Environment Agency (NEA). It is the highest weekly level reported this year, breaching the 378 cases in a week that the Health Ministry has set as the level to declare an epidemic.

Other regional nations such as Thailand, Malaysia and Cambodia are also battling a surge in dengue cases this year due to warmer weather and rising rainfall, leading some experts to warn that 2007 may be the worst year on record.

A total of 2,868 dengue cases have been reported in Singapore since the beginning of this year, compared to 4,580 cases in the same period in 2005 when the island was hit by its worst dengue outbreak.

Associate Professor Leo Yee Sin, clinical director of the Communicable Disease Centre in Singapore, was quoted as saying in the local Straits Times newspaper on Wednesday that the number of dengue cases in Singapore could rise further to a peak in mid-August or September due to changes in the virus strain.

“We just need residents’ cooperation,” Satish Appoo, director of NEA’s Environmental Health Department was quoted as saying in the Straits Times. “If you remove the breeding, you remove the problem.”

There is no treatment for dengue, which is transmitted by the Aedes aegypti mosquito and can be fatal in severe cases.