Russia's foreign ministry urged both sides to show restraint and said it was taking "energetic measures" to prevent an escalation of the armed conflict. 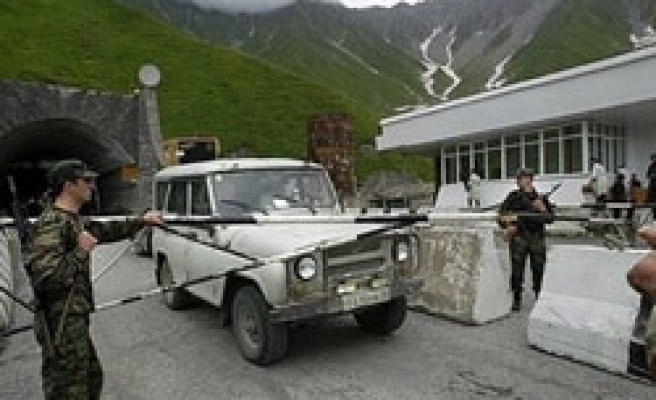 As many as six people died in a shootout in Georgia's breakaway region of South Ossetia, where Georgian forces exchanged fire with separatists overnight, a separatist website said on Saturday.

South Ossetia said on its official website, cominf.org, that the death toll had risen overnight from 3 to 6 people and armed clashes continued through the night on the outskirts of the separatist capital, Tskhinvali.

It said shooting came from three ethnic Georgian villages, but Georgia blamed the rebels for provoking the clashes.

The commander of Georgia's peacekeeping force in the region, Mamuka Kurashvili, was quoted by Interfax news agency as saying South Ossetian peacekeepers shot at a Georgian village and suspected Russian peacekeepers of taking part.

Georgian peacekeepers and police officers returned fire and repelled the attack, he said.

Georgia's Interior Ministry said nine civilians in the Georgian villages in South Ossetia were injured, while Tskhinvali said 15 were injured on its side, up from seven reported on Friday.

Russia's foreign ministry, in a separate statement, urged both sides to show restraint and said it was taking "energetic measures" to prevent an escalation of the armed conflict.

Russian news agencies quoted the a spokesman for the Russian defence ministry as saying Russian peacekeepers were not involved in the exchange of fire.

"A decision to deploy extra forces is the purview of the Security Council and president, but in any case Russia will not allow harm to come to its citizens residing in South Ossetia," the news agency quoted Valery Yevtukhovich as saying.

Georgia, which has irritated Russia by aspiring to join NATO, has accuses Moscow of seeking to annex South Ossetia and another rebel region, Abkhazia, and wants its peacekeepers to be replaced with an international force.

Russia has rejected the blames and accused Tbilisi, which views restoring control over the breakaway provinces as a top national priority, of artificially stoking crisis to find a pretext for seizing the regions by force.