Floods in Darfur, where more than 2 million people fled their homes to makeshift camps to escape fighting, can lead to epidemics of cholera and other water-borne diseases. 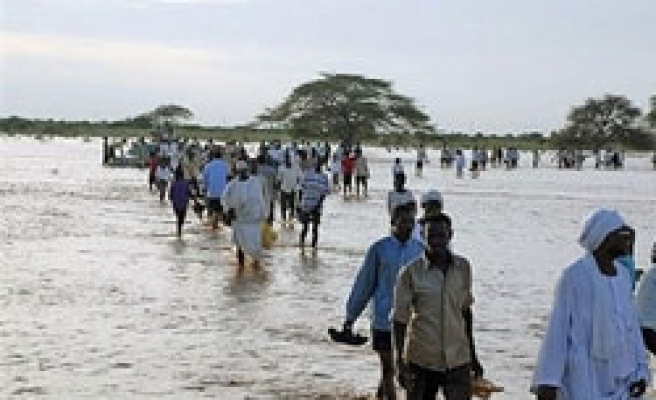 At least six people have died due to heavy rains in Sudan where the Nile was approaching record levels, but the head of the country's civil defence authority said officials were prepared for floods this year.

Hamadallah Adam Ali told Reuters on Monday five people have died in Khartoum and one in the remote western Darfur region because of floods. He said he had no information yet on south Sudan where rainfall has been heaviest.

Last year Sudan experienced the worst floods in living memory. At least 150 people died, hundreds of thousands were left homeless and damages in the mostly desert nation were estimated at $300 million.

But Ali said officials do not expect the disastrous effect of last year's floods because this year's rainy season started later, less rainfall is expected, and "We have lots of pumps ready and we are prepared."

In the mostly desert Sudanese climate most of the population live along the banks of rivers and in mud houses which easily wash away during floods.

Floods in war-torn Darfur, where more than 2 million people fled their homes to makeshift camps to escape fighting, can lead to epidemics of cholera and other water-borne diseases. Many of the camps lie in flood plains.

In Khartoum the few tarmac roads have flooded during rains this week and the dusty tracks in even the nicest areas of the capital became pools of mud.