Six relatives of a congressional candidate were shot dead in the Philippines early Friday in the deadliest attack so far in the run-up to elections. 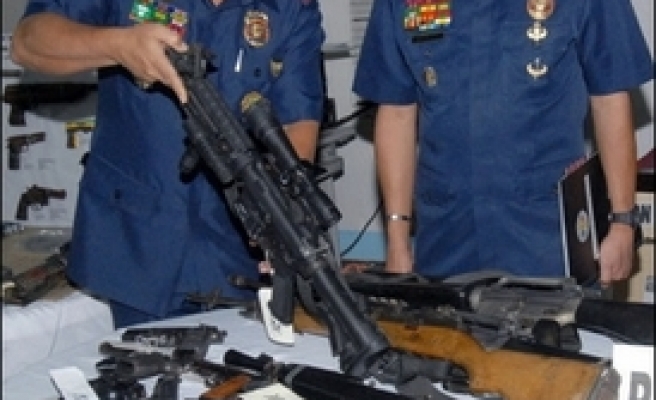 Six relatives of a congressional candidate were shot dead in the Philippines early Friday in the deadliest attack so far in the run-up to elections.

The attack happened in the troubled northern province of Abra when political rivals opened fire with automatic weapons on the convoy of Cecille Luna, mayor of Lagayan.

Luna, who is running for congress, said in a television interview her van was ambushed shortly after she left it by men who thought that she was still inside.

In an interview with ABS-CBN television, Luna said six cousins and nephews in the van were killed.

She blamed the attack on a political rival, Abra Governor Vicente Valera, who is running against her in the May 14 elections.

"No one would want to kill me but our governor," she said in the interview.

Another Valera rival, Luis Bersamin and his bodyguard were gunned down outside a church wedding in Manila before the campaign started on December 16. Police are still investigating the killings.

Several dozen people have been killed in the current campaign. President Gloria Arroyo has deployed the army in certain areas to prevent more killings.