U.S. State Department spokesman said that "The P5+1 (major powers) are discussing next steps in the U.N. Security Council and beginning to consider possible outlines of another sanctions resolution." 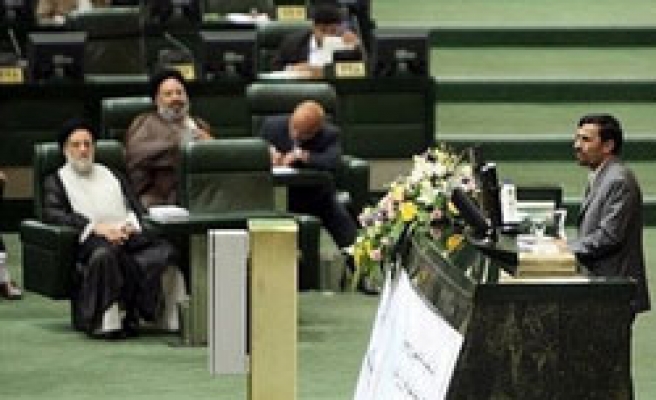 Major powers agreed to consider a fourth U.N. Security Council sanctions resolution over Iran because of its refusal to freeze sensitive nuclear work, the U.S. State Department said on Wednesday.

"The P5+1 (major powers) are discussing next steps in the U.N. Security Council and beginning to consider possible outlines of another sanctions resolution," State Department spokesman Gonzalo Gallegos said.

He spoke after major powers held a conference call to discuss next steps over Iran.

The so-called P5+1 consists of the permanent members of the U.N. Security Council -- the United States, France, Britain, China and Russia -- plus Germany.

The call came after Iran gave a noncommittal, one-page letter to major powers on Tuesday in which Tehran gave no firm response to an offer to freeze any U.N. action in exchange for a freeze in nuclear activities.

Iran has already been subject to three rounds of U.N. sanctions but diplomats caution that a fourth one could be hard to push through because of resistance from Russia and China, in particular.

Gallegos said major powers agreed on the call that there was "no choice but to pursue further measures against Iran."

The West believes Iran's nuclear program is aimed at building a bomb and Iran says it is for peaceful power generation.