Ahmedabad is the main city in the state of Gujarat, scene of deadly riots in 2002 in which 2,500 people are thought to have died, most of them Muslims killed by rampaging Hindu mobs. 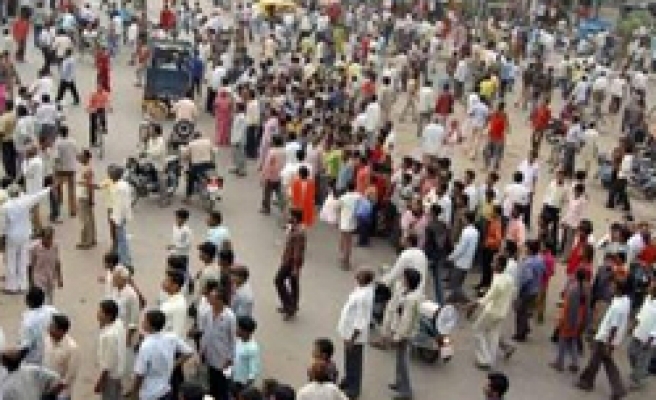 At least 16 small bombs exploded in the Indian city of Ahmedabad on Saturday, killing at least 29 people and wounding 88, a day after another set of blasts in the country's IT hub, officials said.

On Friday, eight bombs exploded in quick succession in the southern information technology city of Bangalore, killing at least one person and wounding six others.

Saturday's blasts were in Ahmedabad's crowded old city dominated by its Muslim community. One was in a metal tiffin box, used to carry food, another apparently left on a bicycle.

"This has been done by some terrorist group which wants to destabilise the country," the central government's junior home minister Shriprakash Jaiswal told the Sahara news channel.

There were two separate series of bombings, the first near busy market places. A second quick succession of bombs went off 20 to 25 minutes later around a hospital, where several people died, police said.

One television channel showed a bus with its side blown up, shattered windows and the roof half-destroyed. Another showed a dead dog lying beside a blown-up bicycle.

"The bus had just started when the blast happened," P. K Pathak, a retired insurance official who was travelling in nearby bus, told Reuters.

"Many people standing on the exit door fell down. There was fire and smoke all over. We got down from our bus and rushed to help them."

Ahmedabad is the main city in the communally sensitive and relatively wealthy western state of Gujarat, scene of deadly riots in 2002 in which 2,500 people are thought to have died, most of them Muslims killed by rampaging Hindu mobs.

Both states targeted in the bomb attacks are ruled by the Hindu-nationalist Bharatiya Janata Party and are among the country's fastest-growing.

India has suffered a wave of bombings in recent years, with targets ranging from mosques and Hindu temples to trains.

"The government had received a threat e-mail and we are probing into it," local state government Home Minister Amit Shah told Reuters.

So far, police say they have few leads into Friday's Bangalore bombings.

On Saturday, another unexploded bomb was found near a shopping mall in Bangalore, but it was unclear whether the bomb was newly planted or meant to have exploded during Friday's attacks, police said.

India's home ministry said on Friday it suspected "a small militant group" was behind the Bangalore attacks.

Some IT companies in Bangalore, known as India's Silicon Valley, were increasing security after bombs went off there. Each bomb had a similar explosive force to one or two grenades.

The city is a prominent software development centre and is also home to a major outsourcing industry.

Also nicknamed the "world's back office", Bangalore has more than 1,500 top firms, including Infosys, Wipro and the offices of global firms such as Microsoft Corp and Intel Corp.

"If such incidents continue, investors will fly away from the city," said state opposition politician Mallikharjuna Kharge.

In May, eight bombs killed 63 people in the western city of Jaipur.