Slowing deforestation may be worth $billions: Study

A slowdown of deforestation from the Amazon to the Congo basin could generate billions of dollars every year for developing nations as part of a U.N. scheme to fight climate change, a study showed on Monday. 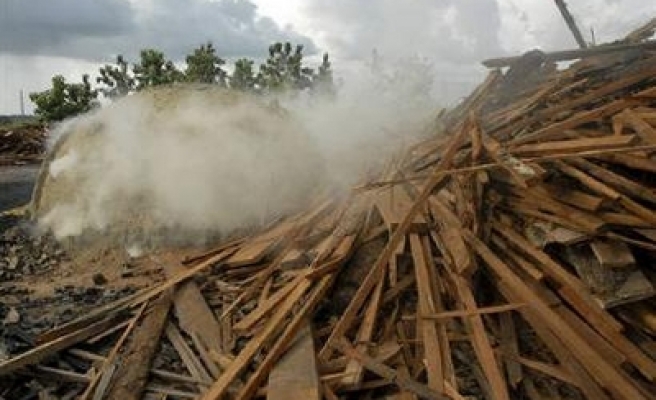 Burning of forests by farmers clearing land accounts for 20 percent of world greenhouse gas emissions. A 190-nation U.N. climate conference agreed in Bali, Indonesia, in December to work on ways to reward countries for slowing deforestation.

"Even with quite conservative assumptions, you can generate substantial amounts of money and emissions reductions," said Johannes Ebeling of EcoSecurities in Oxford, England, of a study with Mai Yasue at the University of British Columbia in Canada.

They said a 10 percent decline in the rate of tropical forest loss could generate annual carbon finance for developing nations of between 1.5 billion and 9.1 billion euros ($2.4 to $14.30 billion) assuming carbon prices of 5 to 30 euros a tonne.

Such curbs would represent about 300 million tonnes of avoided carbon dioxide emissions a year -- about the amount of heat-trapping gases, mainly from burning fossil fuels, emitted by Turkey, or half the total of France.

The United Nations wants reduced emissions from deforestation to be part of a new long-term climate treaty beyond 2012 to help avert more droughts, heatwaves, outbreaks of disease and rising seas.

Ebeling said that any credits for avoided deforestation would have to be matched by tough restrictions elsewhere, for instance forcing coal-fired power plants or cement factories to pay for right to emit carbon dioxide.

The study, published in the British journal Philosophical Transactions of the Royal Society B, said there were big challenges in designing a fair system.

So far, most focus in the U.N. debate had been on rewarding countries with high deforestation rates -- such as Brazil and Ecuador -- for slowing the losses.

But nations such as Guyana or Suriname, which have maintained high forest cover, or others like Costa Rica and Chile, which have slowed or reversed deforestation, would gain little.

There were also problems such as judging the rate of deforestation or creating controls to ensure that protecting one forest does not lead to logging or clearance of another.

And some poor countries that could benefit -- such as Liberia or Myanmar -- may simply lack controls needed to regulate land use.

Still, Ebeling said he was optimistic a system could be worked out because of a widening political willingness to address deforestation as part of a new treaty to succeed the Kyoto Protocol beyond 2013.