A thick cloud of smoke covered Buenos Aires for a fifth day on Saturday, the fallout from field burning by ranchers that has forced the closure of highways, flight delays and traffic congestion. 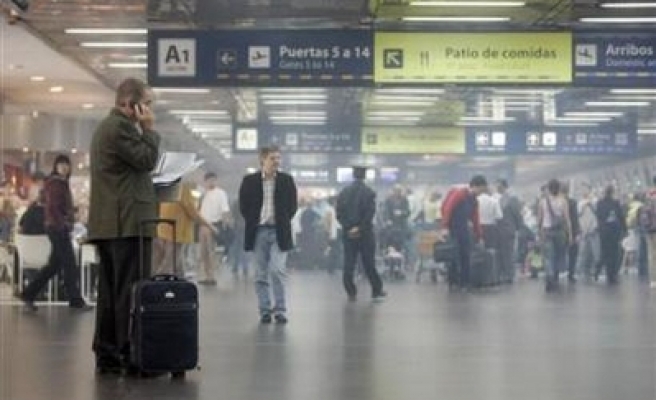 The smoke started to appear over the Argentine capital more than a week ago, but visibility deteriorated considerably in the city on Friday and Saturday, with an acrid smell pervading homes and causing watery eyes and sore throats among residents.

Police said they detained two people in connection with the fire, which spread over a wide area north of the capital, and were searching for a third.

Emergency services directed traffic in some areas of the city on Saturday, while the capital's Jorge Newbery domestic airport diverted incoming aircraft to the international airport outside Buenos Aires -- where the smoke also caused some flight departure delays.

Schools canceled sports classes, and a rugby tournament was suspended.

Health officials sought to reassure the public the smoke was not toxic, saying the burned material was organic. But the municipality of Buenos Aires issued a "yellow alert" as a precaution.

President Cristina Fernandez flew over the fire-stricken areas in a helicopter on Saturday and huddled with a crisis committee.

"This is irrationality and irresponsibility ... which is affecting the lives of Argentines," she told reporters.

She first had to drive nearly 40 miles (60 km) north of the capital overland because visibility was too poor.

Satellite images showed wind carrying a swath of white smoke over the capital and across the River Plate as far as Uruguay.

The government said on Friday efforts to contain the fires were failing and that it would prosecute farmers.

"We have been able to contain some areas (of the fire)," Buenos Aires Gov. Daniel Scioli told reporters.

"There has been terrible negligence here," he added. "This can't go on."

The national meteorological service said northerly winds would keep carrying the smoke toward the densely populated Buenos Aires area in coming days. It said there were no rains on the way to help extinguish the blaze.

Setting fire to grasslands is common practice in Argentina, but the smoke cloud shrouding the capital is unusual. Officials attribute the phenomenon to the extreme dryness of pastures coupled with a northerly wind, unusual this time of year.