A delegation from Socialist International will go to Turkey at the end of the summer to investigate whether the country's main opposition Republican People's Party is adhering to the principles of SI. 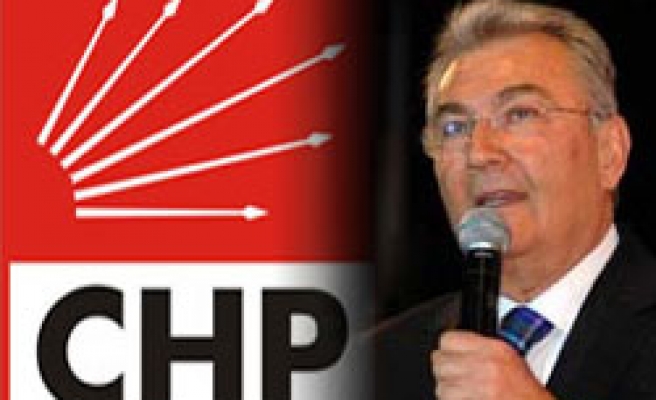 A delegation from Socialist International (SI) will go to Turkey at the end of the summer to investigate whether the country's main opposition Republican People's Party (CHP) is adhering to the principles of SI, according to a member of SI's ethics committee.

"At the last council meeting of Socialist Interna-tional, in June of last year in Geneva, the message was that we are not so happy with the CHP and [its leader Deniz] Baykal, especially regarding minority rights, and we will have a close look at Turkey," said ethics committee member Marije Laffeber, who is also the international secretary of the Dutch Labor Party.

Speaking to Today's Zaman, Laffeber explained that on Saturday the ethics committee recommended to the SI council that a delegation should go to Turkey to have talks with CHP officials. Then the council met on Sunday and approved the recommendation of the committee. As of yesterday afternoon SI, which is holding its 23rd congress in Athens from June 30 to July 2, was expected to make the decision official.

"We are especially concerned about the policies of the CHP in respect to minorities. If the CHP is able to clarify that, we will be happy. We will have a very close look," she said, adding that the ethics committee is in charge of monitoring the adherence to the SI code of conduct by all member parties and that it is empowered to formulate recommendations or even proposals for sanctions. She noted that the committee had recommended to the council that the Fiji Labour Party be expelled from SI because it had formed an alliance with the military government in Fiji and that the council had approved the decision at its Sunday meeting. She said no decision on the membership status of the CHP is expected at this congress of SI.

Today's Zaman has learned that the ethics committee delegation to Turkey will most likely consist of three or four people, including Laffeber, a member from the Italian Socialist Party -- because they have close relations with the CHP -- and European Parliament deputy Emine Bozkurt.

One of the leading socialist parliamentarians in the European Parliament, Jan Marinus Wiersma, told Today's Zaman that he is most concerned with the CHP's nationalist tendencies concerning "Cyprus and the Kurdish people in Turkey."

He said he does not agree with the CHP's "resistance to the reform process to bring Turkey into the European Union" and that the CHP puts too much emphasis on the "Atatürkist approach."

Wiersma also said he supports the decision of the ethics committee and the council to send a special delegation to Turkey to observe the CHP: "It is better to have a dialogue than ban parties unless there are serious human rights violations. I am also against the banning of the AK Party [Turkey's ruling Justice and Development Party]. You can ban parties when they are involved in crimes and human rights violations."

SI spokesperson Dimitris Droutsas said no member from the CHP was present at the SI congress, in which about 650 delegates from 100 countries and 140 parties are participating.

Officials from the SI secretariat indicated that they were expecting a delegation from the CHP to attend the SI congress, but that nobody had shown up and no reason had been offered for not attending the congress, in which Baykal holds a position as one SI's 30 vice presidents.

Upon returning to Turkey, Öymen claimed that the ruling Justice and Development Party (AK Party) and its supporters had been plotting against the CHP in Europe, referring to a recent letter sent to SI by AK Party deputy Haluk Ozdalga, who had been involved in social democratic parties for 25 years, asking for the expulsion of the CHP from the group. Following that, an independent social democrat candidate in last year's general election, Baskin Oran, called for SI to "end all formal ties" with the CHP.

A source at the SI congress indicated that a number of members of SI have voiced concerns regarding the policies of the CHP, especially during the course of the past year. The same source stressed that SI is a democratic body and that Papandreou cannot be expected to support the CHP or any other political party independent of what the other SI members think.

"Papandreou does not push a button to change things at SI. The president has limits; he hears what others have to say, as well as the CHP," the same source said.

Baykal announced Sunday morning that he will not attend the SI congress. He argued that the CHP has been protecting "the Turkish Republic and secularism" and said his party has done nothing wrong.

Meanwhile, the Democratic Society Party (DTP), an observer member of SI, has representation at the congress, with DTP members Sabahat Tuncel, Nezir Karabas and Fayik Yağızay in attendance. Yağızay said they do not expect their status to be upgraded at this congress. Only one political party from a given country can be a member of SI; other left-wing parties can serve only as observers.

Member parties were asked to share their opinions on potential members. Greek Cypriot Movement of Social Democrats (EDEK) member Vassos Lyssarides made a statement against admission of the Turkish Cypriot Republican Turks' Party (CTP). However, a former leader of EDEK proposed a midway arrangement, holding the CTP as a guest for now and considering admission at a later time, which was approved in yesterday's meeting.

On the other hand, northern Iraq's Patriotic Union of Kurdistan (PUK) is expected to become a full member of SI. The PUK and DTP currently have consultative member status. A party is first accepted as a guest, then as an observer, and later consultative status before it is granted full membership.

Chaired by Papandreou, the SI congress began tackling the issue of climate change on its first day yesterday and it is planning to hold discussions on peace and conflict resolution, the world economy and the question of migration. The congress, the highest decision-making body in SI, will set the political priorities and strategies for the period ahead, admit new members and elect officials.