Somalia's government and a faction of the opposition initialled a tentative peace agreement on June 9 at U.N.-led talks in Djibouti, and then formally signed it late on Monday. 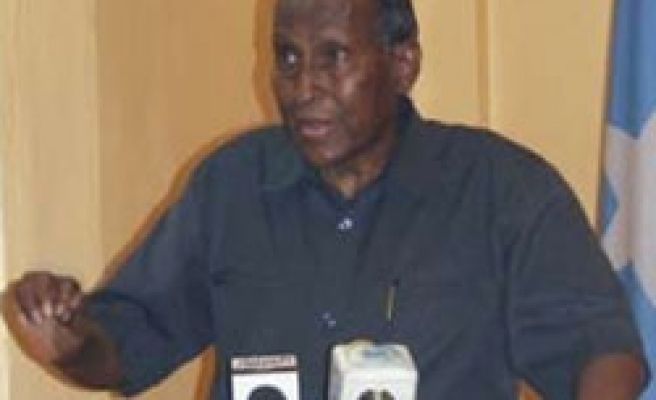 Somalia's government has formally signed a peace deal with some opposition figures, U.N. officials said on Tuesday, but the pact initialled in June has been rejected by hardliners and done little to quell violence.

His government and a faction of the opposition initialled a tentative peace agreement on June 9 at U.N.-led talks in Djibouti, and then formally signed it late on Monday.

"The parties agreed to continue the political dialogue between themselves and refrain from making inflammatory statements," the United Nations said in a statement.

"(They) strongly condemn the perpetrators as well as those who mastermind and fund violence which targets innocent people, including killings, indiscriminate shelling, looting, raping and acts of piracy."

The Djibouti Agreement calls for Ethiopian troops supporting the transitional government to be replaced with U.N. peacekeepers, who would also take over the duties of a small, ill-funded African Union force.

But disagreement over the discussions split the Eritrea-based opposition Alliance for the Re-Liberation of Somalia (ARS) in two, with hardline exiles in Asmara joining the insurgents in denouncing the ARS officials who took part.

Like previous rounds of talks -- including a six-week peace conference last year in rubble-strewn Mogadishu -- the negotiations have done little to reduce bloodshed on the ground.

In some of the worst violence for weeks, city residents said nearly 50 people died on Friday when Ethiopian soldiers and government troops opened fire on civilians in retaliation after two roadside bombs tore through their convoys.

But the government in Addis Ababa denied that.

He said an independent investigation by Somali officials found the only deaths had been caused by bombs planted by the rebel al Shabaab militia.

Months of fighting in Somalia have triggered a humanitarian crisis that aid workers fear may be the worst in Africa.

Near-daily grenade attacks, gun battles and assassinations have driven many civilians from their homes, particularly in the capital, and their plight has been compounded by record food prices, hyper-inflation and drought.

The U.N. statement said both sides in Djibouti were united on the urgent need to address all aspects of the crisis.

"In this connection, the parties reaffirmed their strong determination to help ensure unhindered humanitarian access and assistance," it added.

The United Nations says the number of Somalis desperately needing food aid could reach 3.5 million people later this year -- nearly half the population.

But U.N officials say international donors had so far funded only about a third of a $637 million aid appeal.