Somalia's Ethiopian-backed interim government has unleashed a massive clampdown on veiled Muslim women, ordering forces to confiscate and burn their hijabs on the streets. 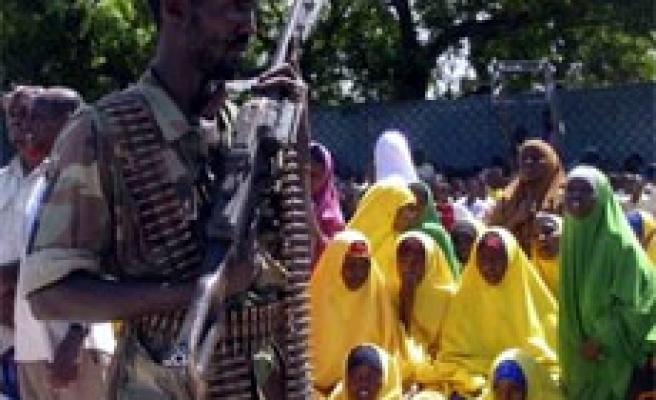 Somalia's Ethiopian-backed interim government has unleashed a massive clampdown on veiled Muslim women, ordering forces to confiscate and burn their hijabs on the streets.

"Every policeman and government soldier has orders to confiscate veils from veiled women," Ali Nur, a senior police officer, told Reuters on Wednesday, May 9.

Residents in the capital Mogadishu said government troops and police are stationed at various junctions to stop women and forcibly remove their veils before publicly burning them.

"Yesterday, so many veils were burnt by the police," said Abdullahi Mohamed, a taxi driver.

Police officials said the raids were a part of a security drive.

They claimed that the fighters of the Supreme Islamic Courts of Somalia (SICS) are using the veils to hide their identity and carry out attacks.

"Some of the remnants of the Islamic Courts have been caught wearing veils," Nur said.

"During the war, these remnants, pretending to be women, killed so many government troops."

In December, the Ethiopia's military and government's troops routed the SICS in a two-week war.

Since then, Mogadishu has plunged into an abyss with daily shooting and fighting.

The UN estimates that Up to 400,000 people have fled the capital.

"Yesterday, I was forced to run away to escape from being unveiled," 17-year-old Iftin Hussein said.

Having sees veiled women chased on Mogadishu streets, she had left her veil at home to avoid police harassment.

"This is wrong, but we cannot do anything, we are powerless."

Others warned that the anti-veil crackdown would agitate people's resentment towards interim government.

"This can raise public anger," a senior scholar in the capital told Reuters.

"The government has to undertake it very carefully. They should use women to frisk and unveil women, not men."

Many war-weary Somalis blame the government for shattering the relative peace and stability they had enjoyed under the Islamic Courts.

During its six-month rule, the Courts reunited powerful clans which long controlled the capital.

Chatham House, a leading independent British think-tank, has strongly criticized in a report last month the Court's ouster, expecting them to emerge from the aches. Last Mod: 10 Mayıs 2007, 17:04
Add Comment