More than 35 people have died since Thursday in clashes between fighters and allied Somali-Ethiopian troops. 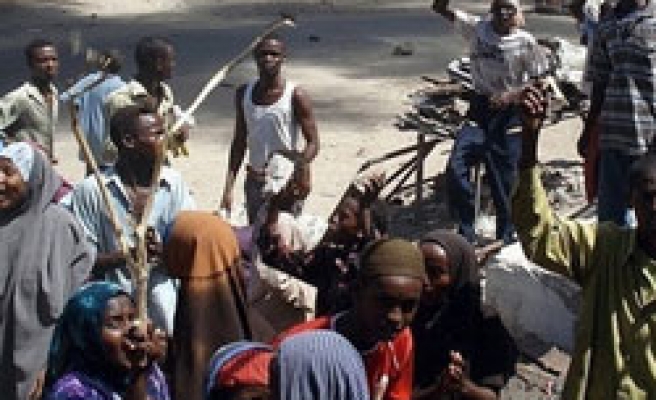 Islamist fighters killed five government soldiers in an ambush outside the capital Mogadishu on Saturday, adding to days of bloodshed that have cast a pall over rare peace talks.

More than 35 people have died since Thursday in clashes between fighters and allied Somali-Ethiopian troops that broke out a week after a militant leader was killed in a U.S. air strike.

Residents said the resistance fighters targeted government troops in Yaqbaraweyne, a small town west of the capital, and also fought with Ethiopian forces in Towfiq, north of the city.

"The Islamists opened fire on government troops as they passed the same place Ethiopians were ambushed two days ago," witness Ali Diriye told Reuters by phone from Yaqbaraweyne.

"Five soldiers were killed on the spot. One pick-up truck escaped with the driver and two of the injured. The other two vehicles were captured by the fighters."

Washington has listed Somalia's al Shabaab militia as a terrorist group and says it has close ties to al Qaeda.

"I saw an Ethiopian military vehicle burning and three dead bodies that looked like fighters lying nearby after the fighting stopped," said one resident, Abey Issa.

"Thank goodness most people in this area had already evacuated."

The surge in violence raised further doubts over the prospects for tentative peace talks brokered by the United Nations that got underway on Saturday in Djibouti.

The fighters behind near-daily ambushes and roadside bombs are the remnants of an Islamist movement that was ousted by the government and its Ethiopian allies at the start of last year.

The leaders of that group, and other critics of President Abdullahi Yusuf, have since moved to Ethiopia's arch-foe Eritrea and formed the Alliance for the Re-Liberation of Somalia.

They repeatedly refused to meet government officials until Ethiopian troops left Somalia. But last month they dropped that demand and agreed to send delegates to Djibouti.