Abdullahi Yusuf, Somalia's president, has said members of the Islamic Courts Union can join an upcoming reconciliation conference - as long as they are chosen by their clans and renounce "violence", an Italian official said. 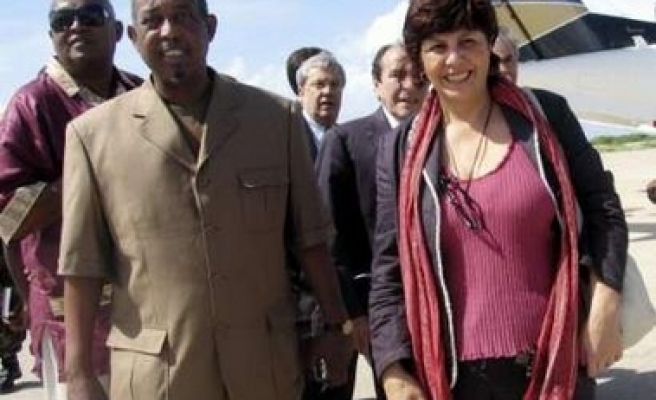 Abdullahi Yusuf, Somalia's president, has said members of the Islamic Courts Union can join an upcoming reconciliation conference - as long as they are chosen by their clans and renounce "violence", an Italian official said.

Sentinelli called his decision an "important opening", and urged him to follow through on his promise.

Previously, Somalia had refused to invite representatives from the Islamic Courts Union, which Somali troops - backed by Ethiopian forces - defeated in December.

Sentinelli said Yusuf told her: "We assure you that the selection process and choosing of delegates will be done in a fair manner."

She also said that it was important to strengthen the 1,400-strong African Union peacekeeping force to ensure security in the capital - and to allow Ethiopian troops to withdraw because their presence in Somalia is "unacceptable" to many ordinary Somalis.

"I expressed the position of my government that Ethiopian troops must withdraw," she told a press conference in the Kenyan capital Nairobi, after visiting Rome's former colony.

"For this reason, I stressed something the Italian government has always said: the strengthening of the Amisom [African Mission to Somalia]."

Ethiopia has released three Swedish citizens of Somali descent who have been held under detention since January, the Swedish Foreign Ministry said on Saturday.

The three Swedes were among scores of people seized in Kenya fleeing the conflict in Somalia at the start of the year, according to media reports.

A Swedish foreign ministry spokeswoman said the men returned to Sweden on Saturday after having been released by Ethiopian authorities late on Friday.

Somalia, a nation of 10 million, has been in a state of near-constant civil war since the 1991 ouster of dictator Mohamed Siad Barre sparked a bloody power struggle that has defied numerous attempts to restore stability.