Somalia PM Hussein was speaking at a news conference in the capital Addis Ababa following a three-day trip to Ethiopia. 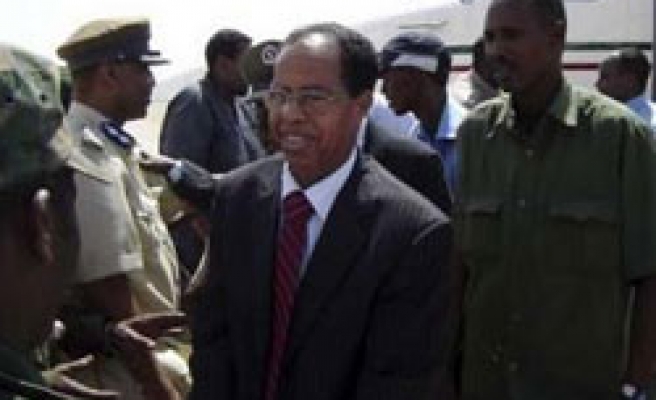 Somalia Primes Minister set conditions for Ethiopian troops' withdrawal and wanted UN peacekeepers on Monday during a visit to Ethiopia.

Prime Minister Nur Hassan Hussein said the U.N. troops were needed to replace Ethiopian forces under the terms of a peace deal reached last month at U.N.-led talks in Djibouti.

"The U.N. and international community must provide financial support and deploy peacekeepers without delay so that Ethiopian forces would withdraw in accordance with the agreement."

Hussein was speaking at a news conference in the capital Addis Ababa following a three-day trip to Ethiopia.

The June 9 deal agreed in Djibouti between his interim government and some opposition figures called for the rapid deployment of a robust U.N. stabilisation force for Somalia.

The deal said that Ethiopian forces should leave Somali soil within 120 days, but that their withdrawal was conditional on sufficient U.N. troops being deployed before that.

Islamist insurgents inside Somalia and opposition leaders have criticised the deal, which has had little impact on the ground.

In a statement issued in neighbouring Kenya on Monday, the U.N. resident and humanitarian coordinator for Somalia, Mark Bowden, condemned the murder of Osman Ali Ahmed.

"If this is indeed another example of a targeted killing of U.N. and non-U.N. humanitarian and development workers in Somalia, it is particularly outrageous and worrying at this critical time, when the need for humanitarian assistance is rapidly increasing," Bowden said.