Some arrested for stoning Iraqi girl

Iraqi authorities are reported to have arrested four people in connection with the death by stoning of a teenager girl, which was filmed and posted on the internet. 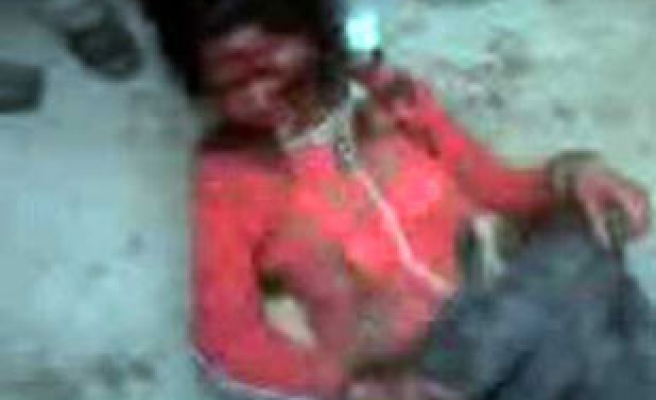 Iraqi authorities are reported to have arrested four people in connection with the death by stoning of a teenager girl, which was filmed and posted on the internet.

Two of those arrested in Nineveh province, in northern Iraq are said to be members of the girl's immediate family, said reports on Saturday.

Du'a Khalil Aswad, who was 17-years-old, was stoned to death on April 7, allegedly by members of her family during an "honour killing", according to local officials.

She was dragged half-naked into the street where a crowd gathered and a number of people filmed her death on mobile phones.

Footage of Aswad's death was later posted on the internet, where the videos showed what appeared to be uniformed members of a security force among the crowd.

Authorities have said Aswad was attacked and killed because members of her community believed she had run off to marry a Muslim man.

Aswad was a member of the Yazidi sect, a religious group, incorporating a number of ancient beliefs that does not allow marriage outside the faith.

"They [the crowd] brutally killed a young Yazidi girl in pursuit of out-of-date tribal rites," the AFP news agency quoted Tahsin Saeed Ali, the Yazidi religious leader known as the emir of the Yazidis in Iraq as saying.

The Kurdish Regional Government later condemned the killing and called for Aswad's killers to be brought to justice.

CNN and the Malaysia Sun reported the arrests, with CNN quoting local officials as saying they were looking for four more suspects, including one of Aswad's cousins.

Amnesty International, the human rights group, said it welcomed the Kurdish government's condmenation of the killing.

A spokesmen said Amnesty had requested "concrete measures to protect all those at risk of becoming victims of 'honour crimes".
Last Mod: 20 Mayıs 2007, 23:15
Add Comment