The world imposed a moratorium on hunts of whales in 1986 after many were driven towards extinction by decades of commercial exploitation for meat, oil and whalebone. 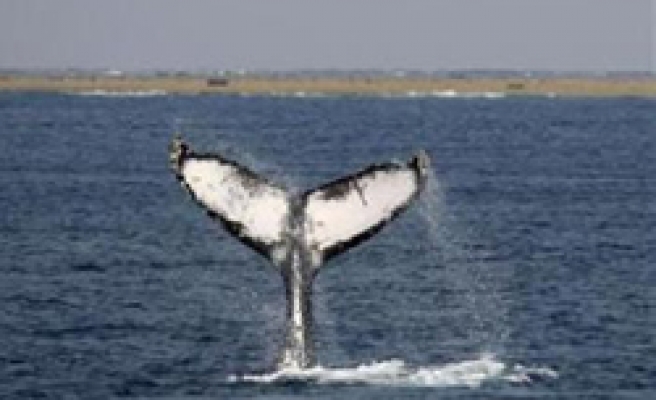 Some large whale species such as the humpback, minke and southern right whale are recovering from a threat of extinction, helped by curbs on hunts since the 1980s, the world's largest conservation network said on Tuesday.

A review of cetaceans -- grouping about 80 types of whales, dolphins and porpoises -- showed many small species were still at risk. Entanglement in fishing gear was the main threat, the International Union for Conservation of Nature (IUCN) said.

"For the large whales the picture looks guardedly optimistic," Randall Reeves, chair of the cetacean specialist group of the IUCN, told Reuters of the assessment of marine mammals for the IUCN's "Red List" of endangered species.

"The large whales, the commercially important ones, have for the most part responded well under protection," he said. The IUCN groups governments, scientists and conservationists.

The world imposed a moratorium on hunts of whales in 1986 after many were driven towards extinction by decades of commercial exploitation for meat, oil and whalebone. Minke whales are still harpooned by Japan, Norway and Iceland.

The humpback whale, which grows up to 50 feet (15 metres) and is found in all the world's oceans, was moved to "least concern" from "vulnerable" in the new Red List.

The southern right whale, found in the southern hemisphere, and the common minke whale, living in the North Pacific and North Atlantic, were shifted down to the "least concern" category from the "lower risk" grouping.

"In the case of the minke whale it's not that the stocks are more robust but there is more and better information," said Justin Cooke, a member of the IUCN cetacean specialist group.

A related species, the Antarctic minke whale which is caught by Japan, was moved to a category of "data deficient", meaning that too little is known to judge how many there are.

Norway has set a quota of 1,052 minke whales and Iceland 40 in the north Atlantic in 2008. Japan caught 551 minke whales off Antarctica in the past season. Hunts used to be far bigger.

And threats to many other species remain.

The blue whale, bigger than any dinosaur and the largest creature ever to have lived on earth, remains "endangered" along with the fin whale and sei whale.

"Overall, nearly a quarter of cetacean species are considered threatened...nine species are listed as 'endangered' or 'critically endangered'," the highest levels of threat, the IUCN said in a statement.

Even without hunts, "whales are under threat in many areas from ship strikes, entanglement in fishing gear, habitat deterioration, declining prey and noise disturbance," it said.

Among those most at risk were the vaquita, a porpoise in the Gulf of California off Mexico, with only about 150 left in the wild. Reeves praised Mexico for a recent conservation drive.

Reeves said there were signs the critically endangered western grey whale population may be stabilising in the Pacific.

Some environmentalists have said the whale could be driven to extinction by development of oil and gas in Sakhalin island off Russia in a project led by Gazprom with partners Mitsui and Mitsubishi of Japan.