Adnan al-Dulaimi, head of the Accordance Front, said his son Muthana had been arrested by Iraqi troops while talking to guards near the house. 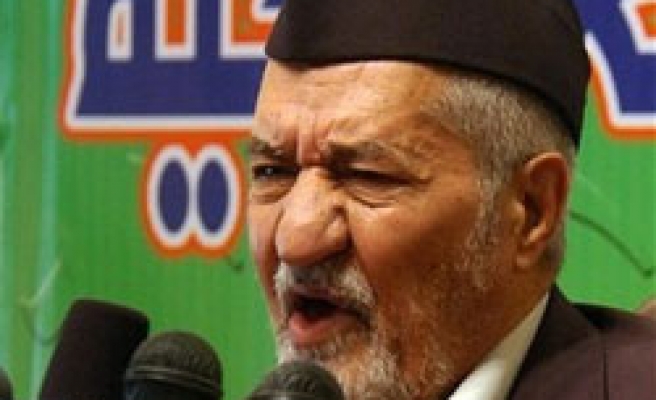 Iraqi security forces arrested a son of the leader of the country's main Sunni Arab political bloc at his house in Baghdad on Tuesday evening, accusing him of terrorism, the politician said.

Adnan al-Dulaimi, head of the Accordance Front which rejoined the Shi'ite-led government of Nuri al-Maliki last month after a nearly year-long boycott, said his son Muthana had been arrested by Iraqi troops while talking to guards near the house.

"I asked them why they are taking him. They said they are preparing charges of terrorism, sectarian killings and displacing people," he told Reuters by telephone.

"My son is a humble man. He does not deal with political things. He only owns a shop of spare car parts."

Iraqi security officials were not immediately available for comment.

Another son of Dulaimi has been held since last year along with many of his bodyguards, accused of links to car bombs. Dulaimi has always denied those charges.

Dulaimi said he had spoken with Iraq's two vice presidents, Tareq al-Hashemi and Adel Abdul-Mahdi, as well as the U.S. embassy and U.S. military forces in the hope of securing his son's release.

Dulaimi has been guarded by Kurdish Peshmerga guards since his Sunni Arab guards were rounded up last year.

"When we returned to the government, we expected our guards would be released," Dulaimi said.