The South African government and AIDS campaigers buried the hatchet Monday with the launch of a joint national body to oversee a programme aimed at halving the country's rate of new infections. 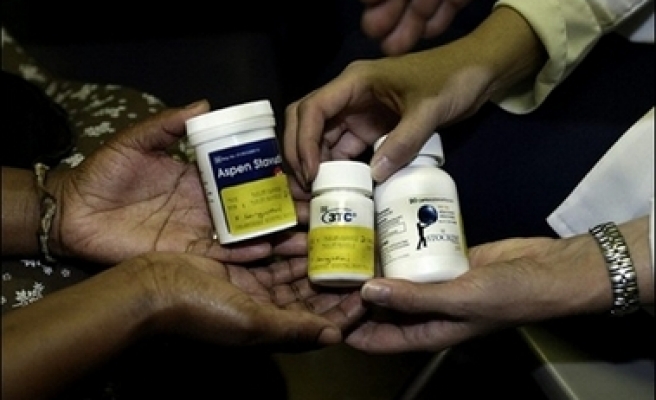 The South African government and AIDS campaigers buried the hatchet Monday with the launch of a joint national body to oversee a programme aimed at halving the country's rate of new infections.

The formation of the South African National AIDS Council (SANAC), which is to be chaired by Deputy President Phumzile Mlambo-Ngcuka, marks a radical shift in the relationship between the government and lobby groups who last year demanded the resignation of Health Minister Manto Tshabalala-Msimang.

Long-time critics of the minister, currently recovering after a liver transplant, said they were delighted to now be working in a partnership with the government, which also expressed satisfaction at the agreement.

Acting health minister Jeff Radebe said the council was a "true expression of our multi-sectoral response to HIV and AIDS in the country."

"We have set up the necessary coordinating structure and we have all agreed on the five-year Strategic Plan to address HIV and AIDS," he said at the council's launch near Johannesburg, referring to a programme unveiled earlier this year.

The plan's main targets are to cut the number of new infections in half by the end of 2011 and increase levels of care to 80 percent of sufferers and their families in a country with the world's second highest incidence of HIV.

"It is now time to get down to the real business of implementation," Radebe said.

The Treatment Action Campaign (TAC), the country's top AIDS lobby which was among Tshabalala-Msimang's greatest detractors, is among many represented on the new council.

It said the new five-year programme was commendable but the council had to be more than just window-dressing.

"It has been a very arduous process. Whilst it is not a perfect plan, it's by far the best plan the country has ever had," TAC spokesman Mark Heywood told AFP.

"The real challenge is going to be implementation. SANAC has to be more than a talkshop," he added.

The council has no legal power and is merely an advisory body but Mlambo-Ngcuka's presence is a sign of the importance that the government attaches to it.

"What distinguishes SANAC from other work that we do, is that it is us working together as partners," she said at the launch.

A spokeswoman for a number of civil society groups also hailed the government for allowing widespread consultation on the new AIDS plan.

"We are excited with the extent to which we have been consulted in the development of the plan," said Hendrieta Bogopane-Zulu. Last Mod: 30 Nisan 2007, 17:47
Add Comment