South Africans face more days of strikes after the government and labour unions postponed talks aimed at resolving the pay dispute until Friday. 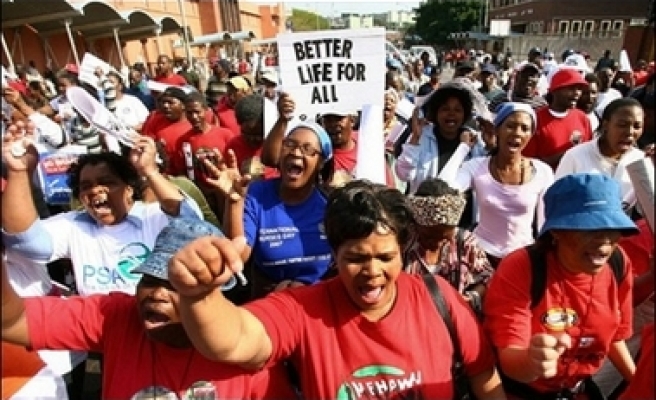 South Africans face more days of strikes after the government and labour unions postponed talks aimed at resolving the pay dispute until Friday.

The government had said onn Wednesday it would end negotiations with the striking workers if they did not accept an offer of a 7.5 per cent rise the same day.

But as the a 6pm [1600 GMT] deadline passed, the two sides met and the government agreed that talks could resume on Friday morning, the unions said.

Hundreds of thousands of public sector workers embarked on a strike on June 1 in what has become the biggest and most protracted strike in South Africa since the end of apartheid in 1994.

The industrial action has led to the closure of most schools while hospitals have been able to run only skeleton services with the help of army medics.

The government has said the 7.5 per cent offer, up 0.25 per cent on what it had previously put on the table, is final.

Kenny Govender, the government chief negotiator, said: "As government we made our position very, very clear when we tabled a final written offer. It is very clear in that it indicates the end of the line for government."