Hwang has been on trial for more than two years on charges of breaking the law on research ethics and for misusing 2.8 billion won ($2.8 million) in state funds and private donations. 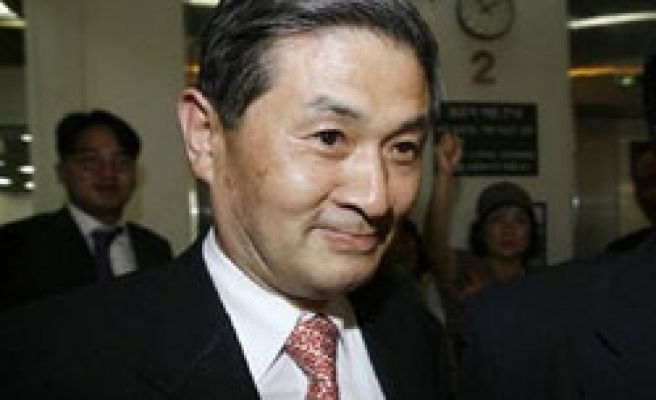 Hwang has been on trial for more than two years on charges of breaking the law on research ethics and for misusing 2.8 billion won ($2.8 million) in state funds and private donations.

He was was once hailed as a national hero for bringing the country to the forefront of work on cloning and stem cell research aimed at finding cures for illnesses that current medicine cannot adequately treat.

"The decision took into account the chief researcher's past dismissal from Seoul National University for manipulating research papers in 2005 and ethical questions in procuring human eggs and his indictment for illegally trading in human eggs," the Health Ministry said in a statement.

While on trial, Hwang has returned to the lab to resume work on animal cloning with Sooam Biotech Research Foundation, that has cloned specialist sniffer dogs, endangered breeds and even occasional pets for private clients.

Hwang's colleague Dr. Hyun Sang-hwan at Sooam said the rejection came as a big disappointment for the team.

"We expected our request to be accepted because the research plan we submitted has no flaw in terms of legal and administrative procedures," he said by telephone.

Two landmark papers published by Hwang's team on cloned human embryonic stem cells were withdrawn by the publisher after an investigation panel determined key data had been intentionally fabricated.

While most South Koreans now see Hwang as a source of embarrassment rather than national pride, he still has thousands of supporters asking the government to give him a chance to use his breakthrough techniques in cloning.