Georgian officials said its servicemen had been kidnapped, while the separatist administration said the Georgian troops were scouting targets for a possible artillery attack. 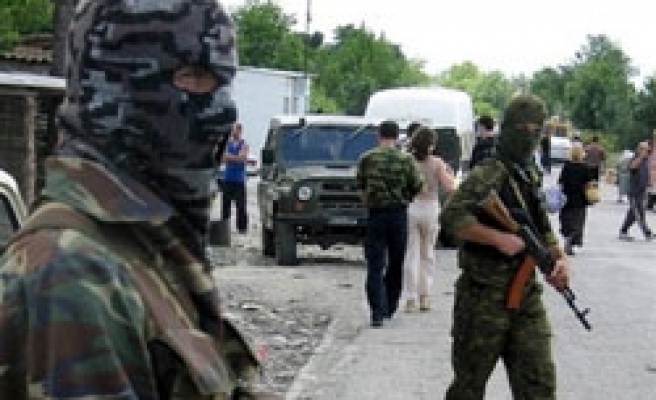 South Ossetia, and Georgia's second breakaway region of Abkhazia, are a regular source of friction between the pro-Western government in Tbilisi and neighbouring Russia.

Georgian officials said its servicemen had been kidnapped, while the separatist administration said the Georgian troops were scouting targets for a possible artillery attack.

"They are still being held there illegally ... We won't allow these illegal groups to continue their criminal actions and will do our best to release them as soon as possible," he said.

The separatists said the servicemen were detained as they entered the region and they would be charged with illegally crossing into South Ossetia and resisting arrest.

"Questioning (of the soldiers) has shown that they were a group which was identifying targets for artillery fire," separatist Interior Minister Mikhail Mindzayev said in a statement.

Two people were killed in South Ossetia last week in one of the most intense exchanges of fire in months between the separatists and Georgian forces.

In Abkhazia, on Georgia's Black Sea coast, four people were killed when a bomb exploded in a cafe on Sunday.

Rice is to arrive in Tbilisi on Wednesday. Speaking in the Czech Republic on Tuesday she said Russian behaviour towards Georgia had aggravated tension and urged Moscow and Tbilisi to avoid provocative action.