An inter-clan cattle raiding attack has killed 95 people in semi-autonomous south Sudan and wounded 42 others in violence that disrupted the start of a national census, a southern official said on Friday. 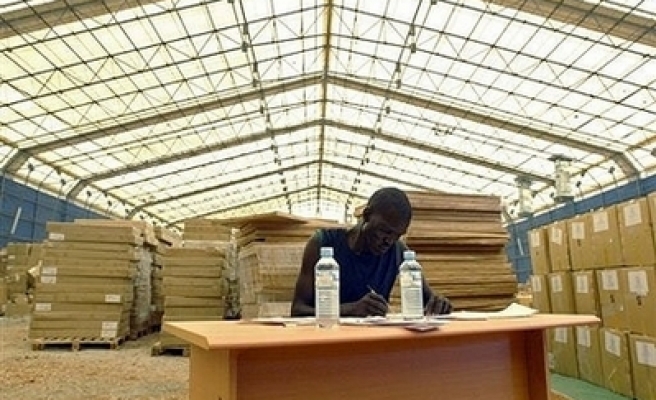 The minister did not say how the materials came to be set alight, but added that replacements had been ordered and southern soldiers had been sent to the area to restore calm.

The census is key to the future of wealth and power-sharing between north and south Sudan. It has been hailed as a vital step toward elections due next year under the terms of a 2005 north-south peace deal to end two decades of civil war that killed some 2 million people.

Chol said 34 members of the Pakam clan in Lakes state and 61 from the attacking Luach clan in Warrap state had been killed in the attack in a sparsely populated area north of the southern capital, Juba.

A journalist from the U.N. radio station Miriya FM reported having seen "tens of bodies on the ground" when he visited the area on Thursday.

Despite their heavy casualties, the Luach managed to take 500 cows, Chol said. Both clans, long in conflict over cattle, belong to the Dinka tribe but are separated by a state boundary. Cattle raids in another southern state killed 56 people last July.

The 2005 peace deal ended one of Africa's longest civil wars and gives southerners the right to vote in 2011 on whether to become independent.

The census, expected to last for two weeks, also ignited ethnic tensions between the Zande and Balanda in Western Equatoria where one chief was beaten by angry citizens, the independent Gurtong news website said.