Spain's government has repatriated more than 750 African migrants, including 30 children, who were caught last week trying to enter the Canary Islands, the Interior Ministry said. 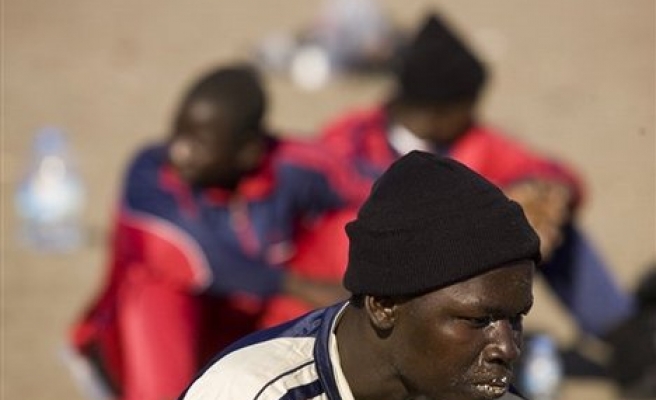 Spain's government has repatriated more than 750 African migrants, including 30 children, who were caught last week trying to enter the Canary Islands, the Interior Ministry said Sunday.

Almost 600 of the migrants were from Senegal, the ministry said.

Officials attributed the latest influx to the suspension by the European Union's external borders agency, Frontex, of maritime patrols in the area between the Spanish islands and the western coast of Africa.

The government reiterated warnings that all illegal migrants detained on Spanish territory would be expelled.

"We have repatriated, with the invaluable help of the government of Senegal, nearly 600 citizens of that country," Interior Minister Alfredo Pérez Rubalcaba said Sunday in the northwestern city of Vigo. "This is an unmistakable message to the mafias" who run human-smuggling operations, he said.

The ministry gave no information about where in Africa the other migrants had come from.

Last year more than 30,000 immigrants were caught trying to reach the seven-island archipelago off the northwest coast of Africa.

Spanish law gives the authorities 40 days to identify and repatriate illegal migrants, after which time they must be freed.

Fontex suspended the maritime patrols in early April, when its 2006 mission ended. A new mission is expected to begin within weeks, after the agency receives equipment including planes, helicopters and boats. Last Mod: 21 Mayıs 2007, 14:59
Add Comment